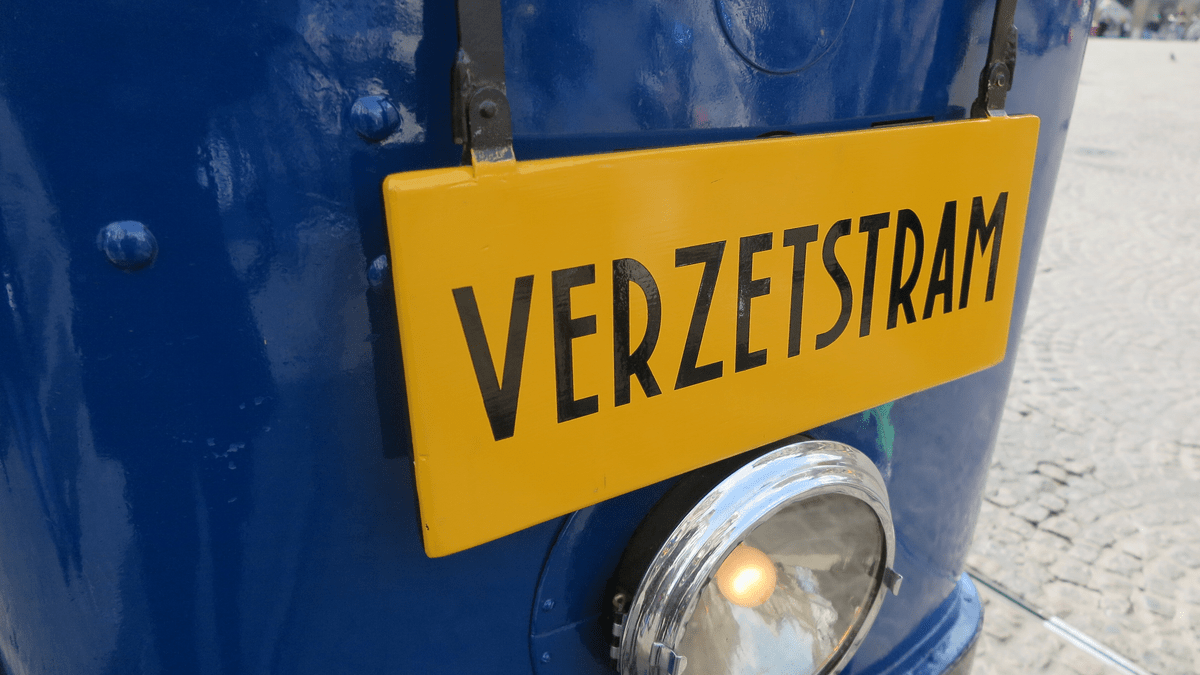 The Resistance Tram: a resounding success!

The Resistance Tram, which we reported earlier, has been running through the streets of Amsterdam every Sunday for over a month now. It is a beautiful sight and almost touching how the little blue tram mixes with the metropolitan traffic of Teslas, VanMoofs and Urban Arrows. He already knew it almost a hundred years earlier: the future of transport is electric!

Groaning and moaning, he works his way through the bends and over the many switches. The museum teachers, who tell the passengers about the city’s war history with enthusiasm and skill, are then forced to keep their mouths shut. At those moments, the tram noise even drowns out their loudspeaker amplified voices. Tram rails may no longer be lubricated in 2022. Better for the environment, less good for the ears. But what an impressive journey it is!

Every Sunday dozens and all together now hundreds of people made this unique tour along places associated with the occupation, persecution and resistance. The city’s history is humiliating because of the immeasurable suffering inflicted on a large part of the Amsterdam population, but also hopeful, because there are always people who stand up against injustice and oppression.

Former mayor Job Cohen said at the unveiling of the Resistance Tram in May: “The war is still an important element in our lives and the life of the city”. We are therefore committed to being able to continue to tell the stories of Amsterdam during the war. The Resistance Tram will therefore still be running during the renovation of the museum. On many Sundays it is already fully booked, but more rides are added regularly. So keep a close eye on the website.

The Resistance Tram, boarding at the front of the Resistance Museum, Plantage Kerklaan 61. Two rides every Sunday until the end of summer, tickets via the website.