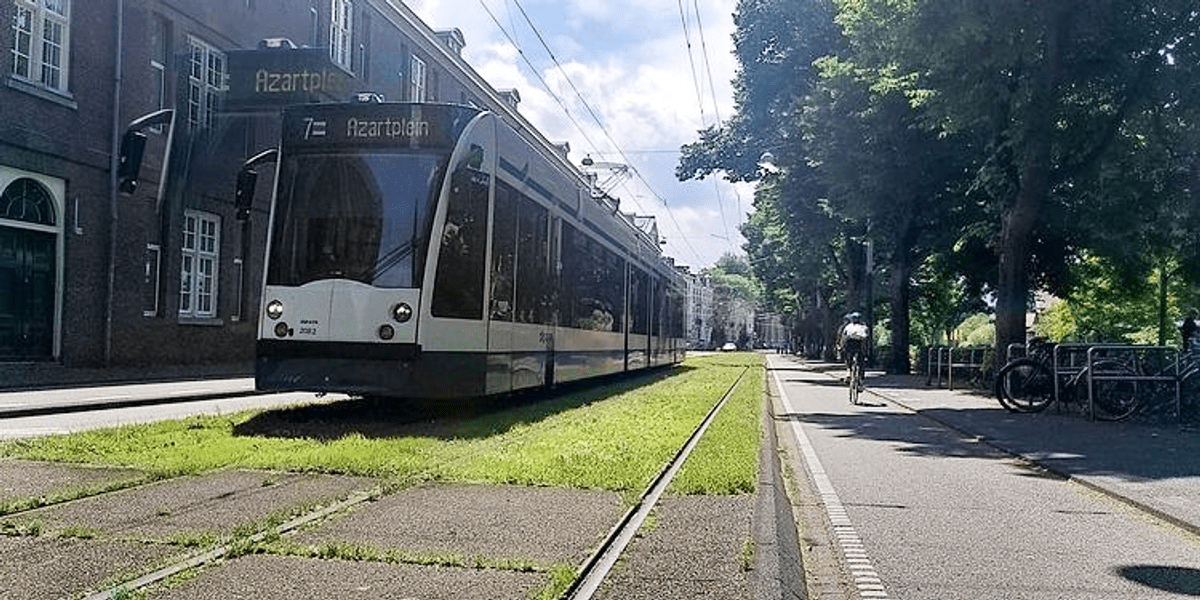 The last part of Sarphatistraat, the part between Alexanderplein and Hoogte Kadijk, will also become a bicycle street. At the beginning of June, the Centrum district committee approved the redevelopment plan, which will not be finalized until 2025 though.

Cyclists priority
The new layout of the street will mean for motorists that they will soon have to share the road towards the mill with cyclists, with the latter having priority. As a result, the sidewalk on the side of the barracks can be one meter wider. This also creates space to widen the cycle path on the other side from two to three meters.
The footpath on that side of the street will be moved to the green border and will become a semi-paved (wheelchair) accessible path. The green tram track will be preserved, as will the row of trees along the cycle path and the dog off-leash area.