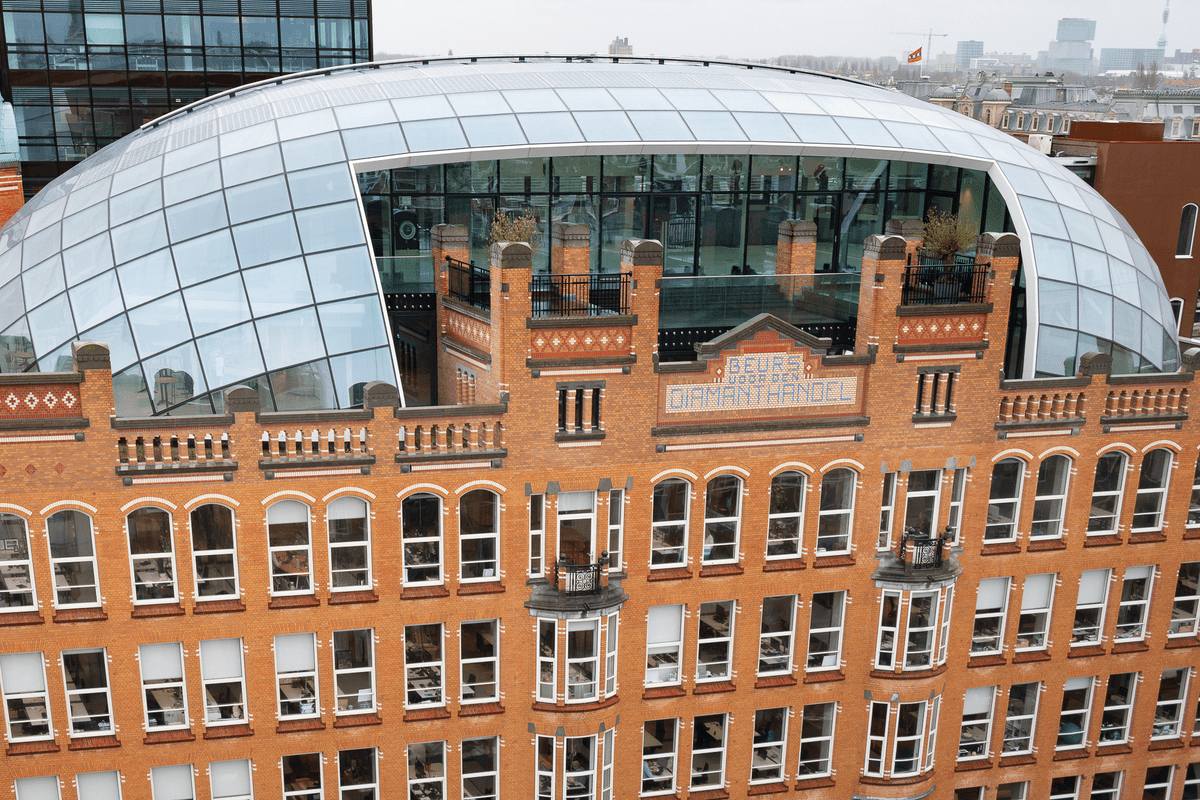 The old Diamond Exchange on Weesperplein has won the prestigious International Architecture Award 2022. Capital C, as the building is called today, is an office complex for the creative industry. The jury praises the architectural firm ZJA for bringing back the allure of the building, which is more than 110 years old.

he building, designed by Gerrit van Arkel, was modern and businesslike for the time. At the same time, the building also had classical allure due to the special bell tower and the refined decorations in Art Nouveau style. Today it is a recognized national monument of the first order.

The details of the facades were carefully restored and reconstructed by architectural firm ZJA on the basis of the original construction drawings and archive photos. In addition, the interior was adapted to modern, flexible office facilities and a contemporary, publicly accessible space was added.

Spectacular glass dome
The most important addition to the building is barely visible from the street, but no less spectacular. A large elongated glass dome has been placed on the roof. This dome, which is largely hidden behind the reconstructed roof molding on the Nieuwe Achtergracht, echoes in shape that of the dome of the bell tower and because of its construction does not require supporting columns. This creates a large transparent span that recalls the history of the building through the reflection of light in all directions.