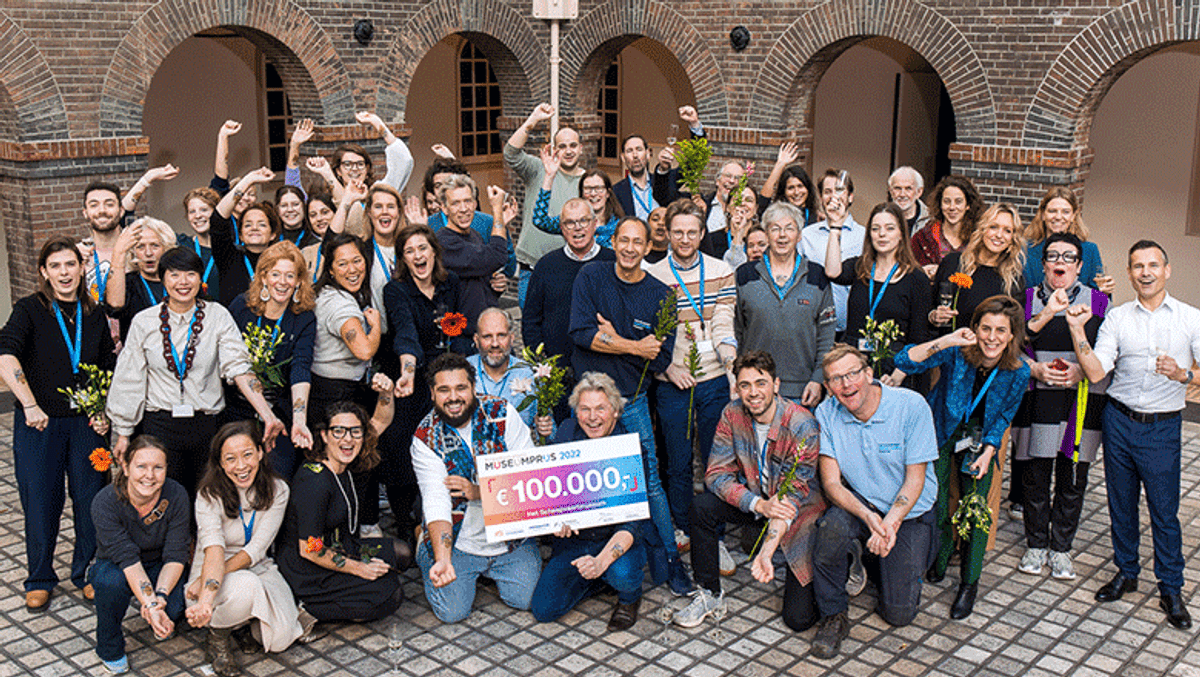 The National Maritime Museum has won the 2022 VriendenLoterij Museum Prize. The museum received 40 percent of the public vote. The prize comes with an amount of 100,000 euros, with which the museum wants to ‘connect worlds’.

The Centraal Museum Utrecht and Stadsmuseum Harderwijk ended up in second and third place with 32 percent and 28 percent of the votes respectively. Michael Huijser, director of the National Maritime Museum, received the award on Thursday afternoon in the ‘Open Square’, the covered courtyard, where all the staff had gathered expectantly, from Cathelijne Broers, director of the Prins Bernhard Cultuurfonds, and Koffietijd presenter Loretta Schrijver.

In recent weeks, Huijser has been personally involved in the campaign calling on the public to vote for his museum; he was featured on posters all over the city with his sleeve rolled up and a “Museum Prize 2022” tattoo on his upper arm.

Dear Neighbor
This year the theme of the Museum Award was ‘Dear Neighbour’; a museum has a social position in its immediate vicinity and functions in various ways as a neighbor towards local residents, towards fellow institutions in the neighbourhood, towards organizations and companies and towards the local government. With the cash prize of 100,000 euros, the museum wants to further expand its role as ‘home port’, with the multi-year program line ‘Thuishaven’.