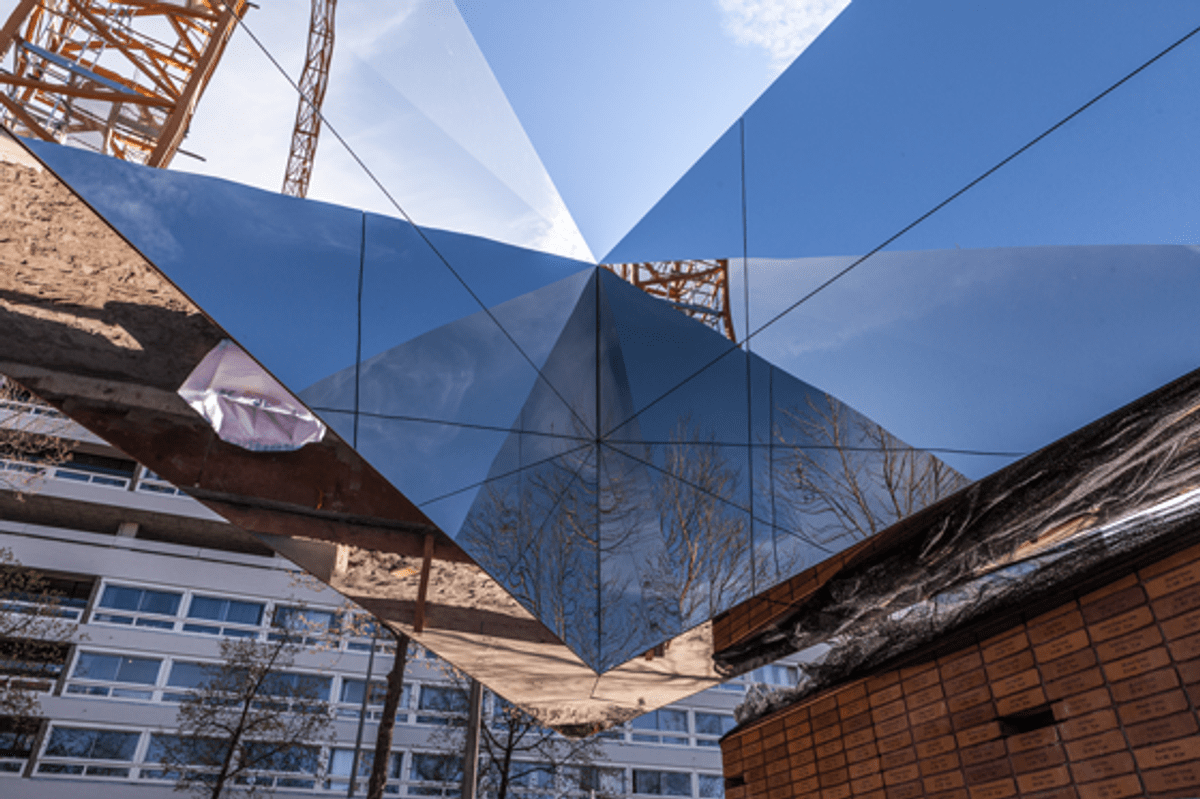 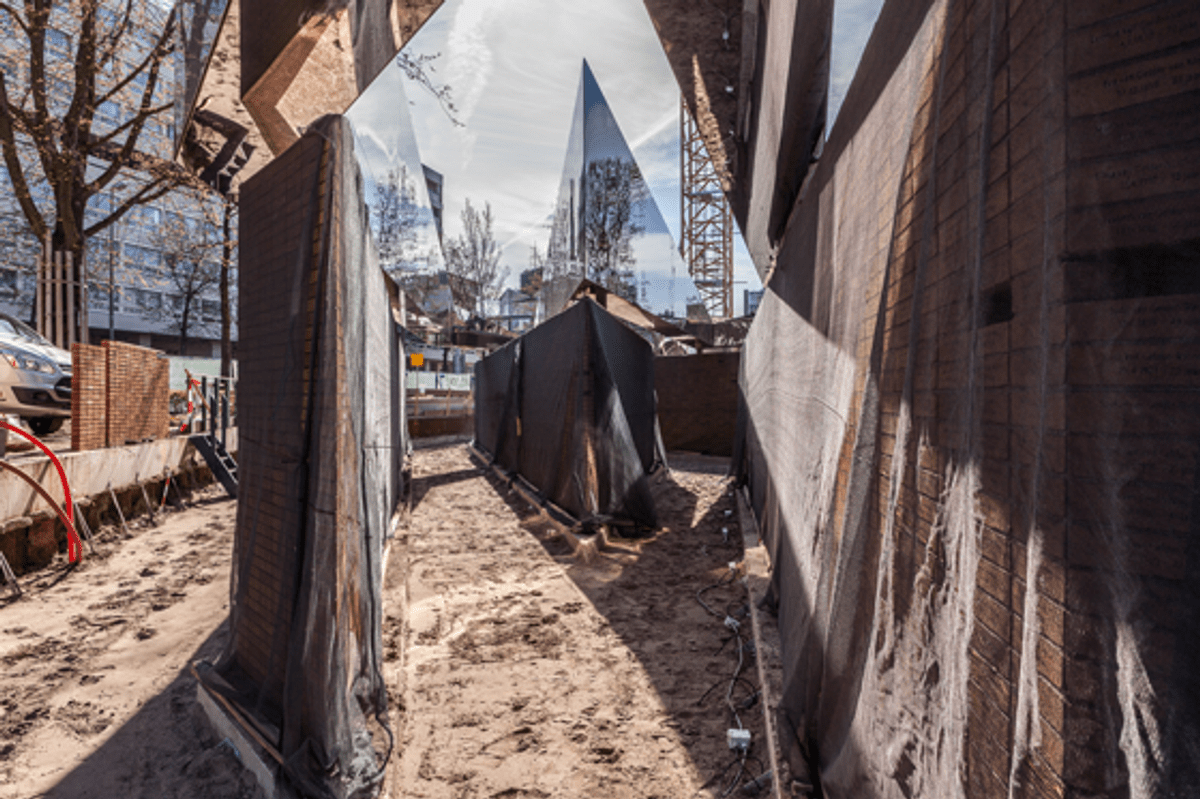 Published on Wednesday, May 26News

The construction of the Holocaust Names Memorial is progressing; the contours, mirrors and stones are clearly visible above the construction fences. On September 19, the monument will be officially unveiled in a private gathering. The unveiling will be broadcast live by NOS.

Masons thank you for laying the last stone
More than six months after the first stone, the last stone was laid last month. This was done by survivor Mieke Bloemendal, in the presence of, among others, the masons who processed the 102,000 bricks in recent months.

Architecturally and logistically, it was quite a task to deliver the stones exactly in the same way and to brick them in so that all Dutch victims of the Holocaust were given a place in alphabetical order in the monument in the Weesperplantsoen. All those stones and names passed through the hands of six masons.

School classes
Together with the Jewish Cultural Quarter and the Resistance Museum, plans are being made to involve young people in the monument: school classes are given a tour followed by a visit to a museum in the area.

More information on the website of the Holocaust Memorial of Names.