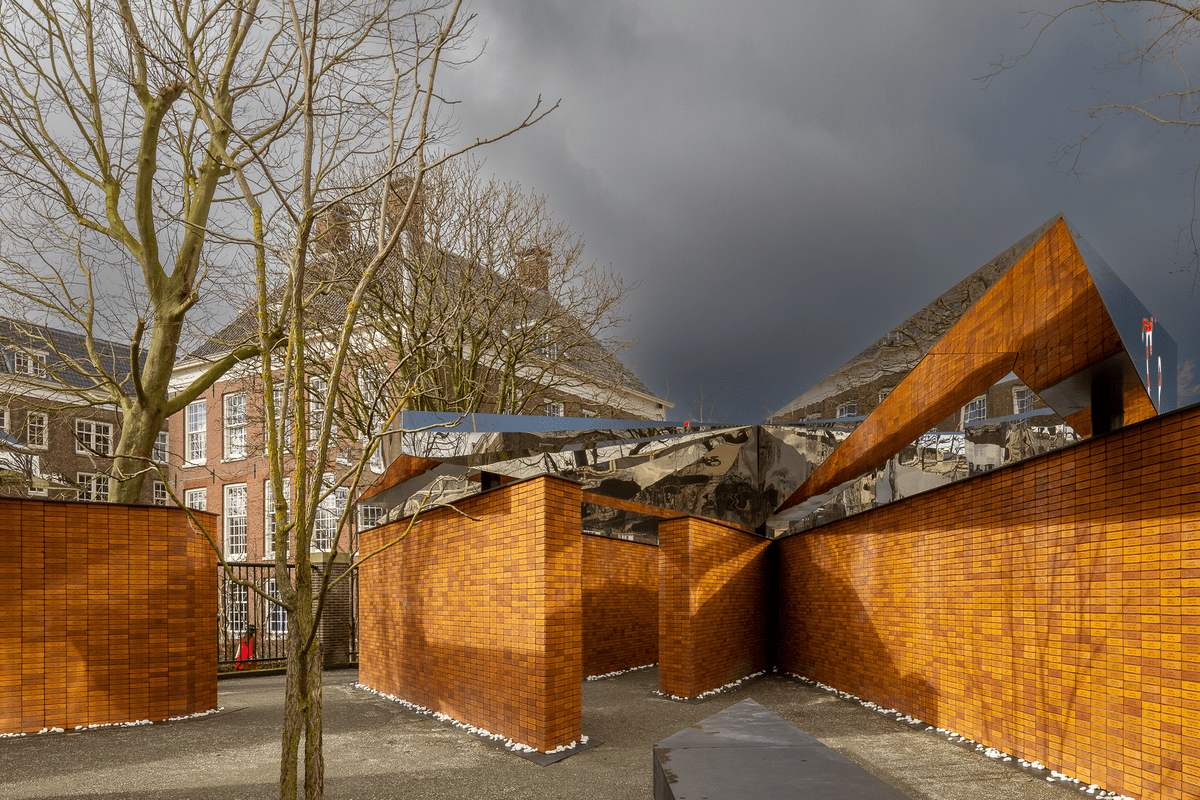 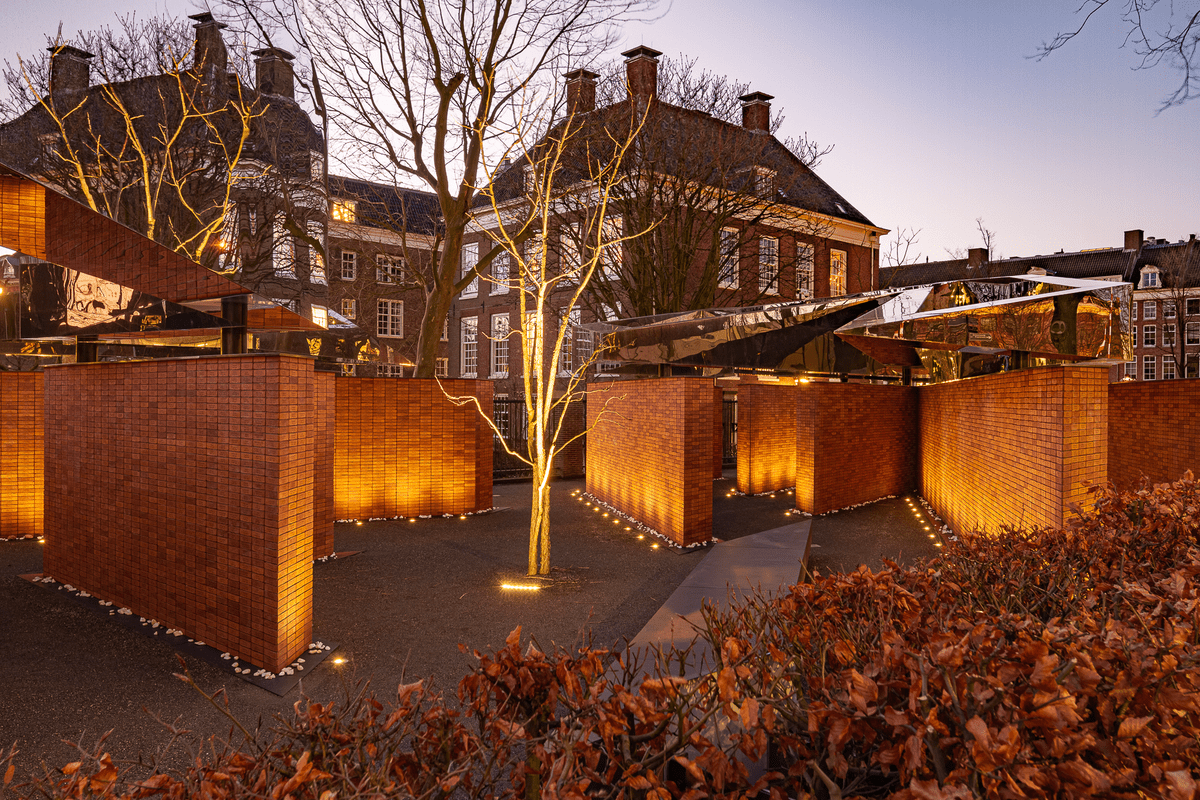 In the Weesperstraat, in the heart of the former Jewish neighborhood in Amsterdam, the Holocaust Memorial of Names has been erected since 2021, commemorating the more than 102,000 Jews, Roma and Sinti who died and were murdered during the Second World War and do not have a grave.

The monument is a tangible memorial where the victims can be commemorated both individually and collectively. 102,000 bricks bear the names of Holocaust victims who were persecuted and deported from the Netherlands, as well as deported Dutch Jews living in other countries, who were murdered in Nazi concentration and extermination camps, and those who died of starvation or exhaustion during transports and death marches and of whom no grave is known. The Dutch Auschwitz Committee is the initiator of the monument.

Design
The Polish-American architect Daniel Libeskind (Lodz, 1946) was responsible for the design. The monument consists of four Hebrew letters that together form the word ‘In Memoriam’. The memorial is a labyrinth of corridors with two meters high brick walls on both sides. Each of the 102,000 stones has a name, date of birth and age at death engraved on it. Mirrors above the stones reflect the sky and the environment. Where the brick walls and the metal shapes intersect, there is a narrow void that makes the steel letters seem to float. This symbolizes the interruption in the history and culture of the Dutch people.

Former Jewish Quarter
The history of this neighborhood is strongly linked to the history of Jews in Amsterdam. Within walking distance of this location are monuments and special buildings, each of which sheds light on a part of Jewish history in its own way. Before the Second World War, the Weesperstraat was almost entirely inhabited by Jewish residents.

Video of the monument