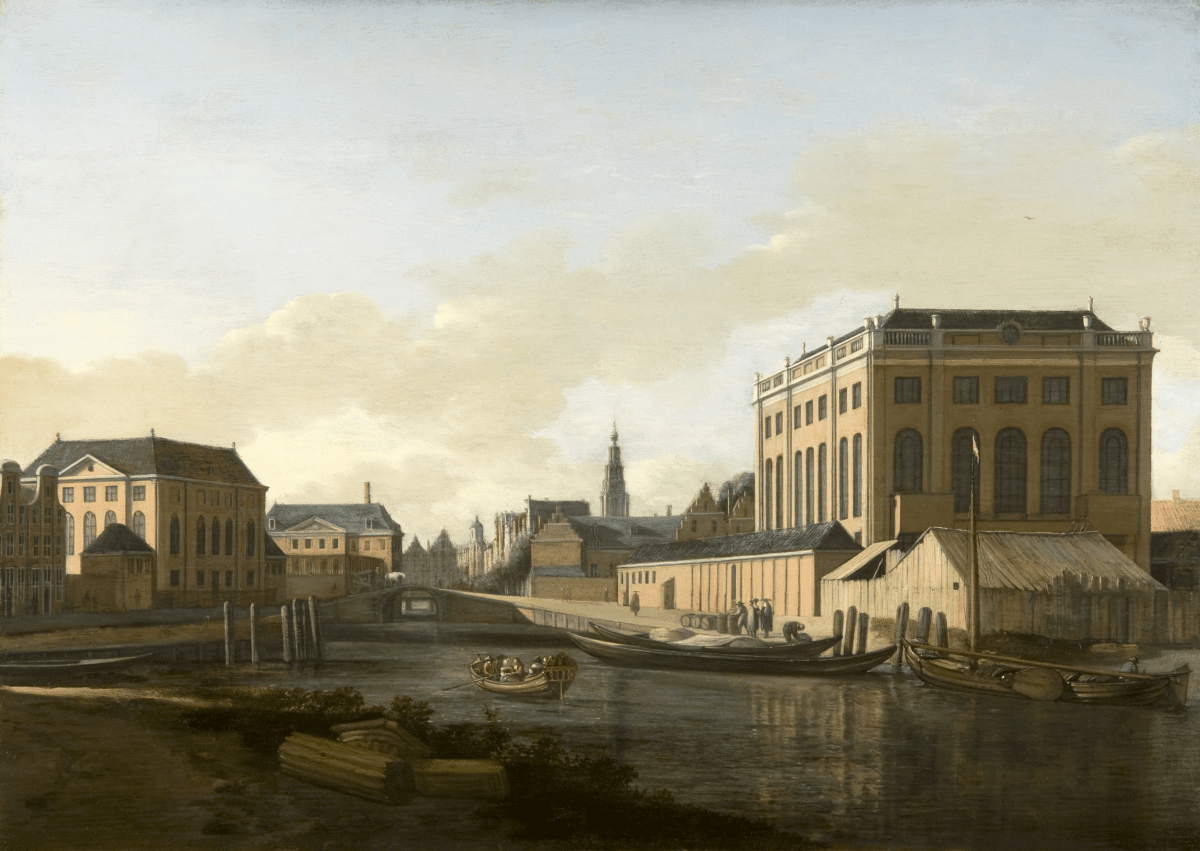 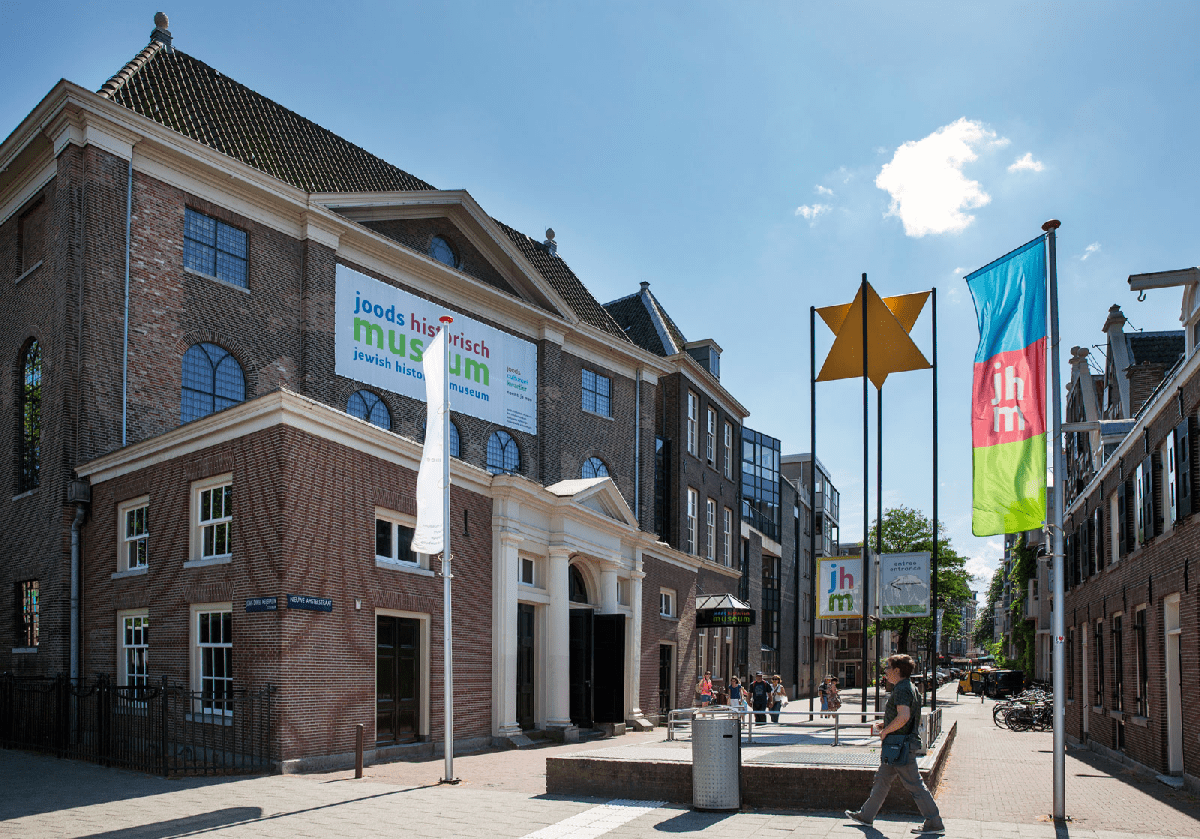 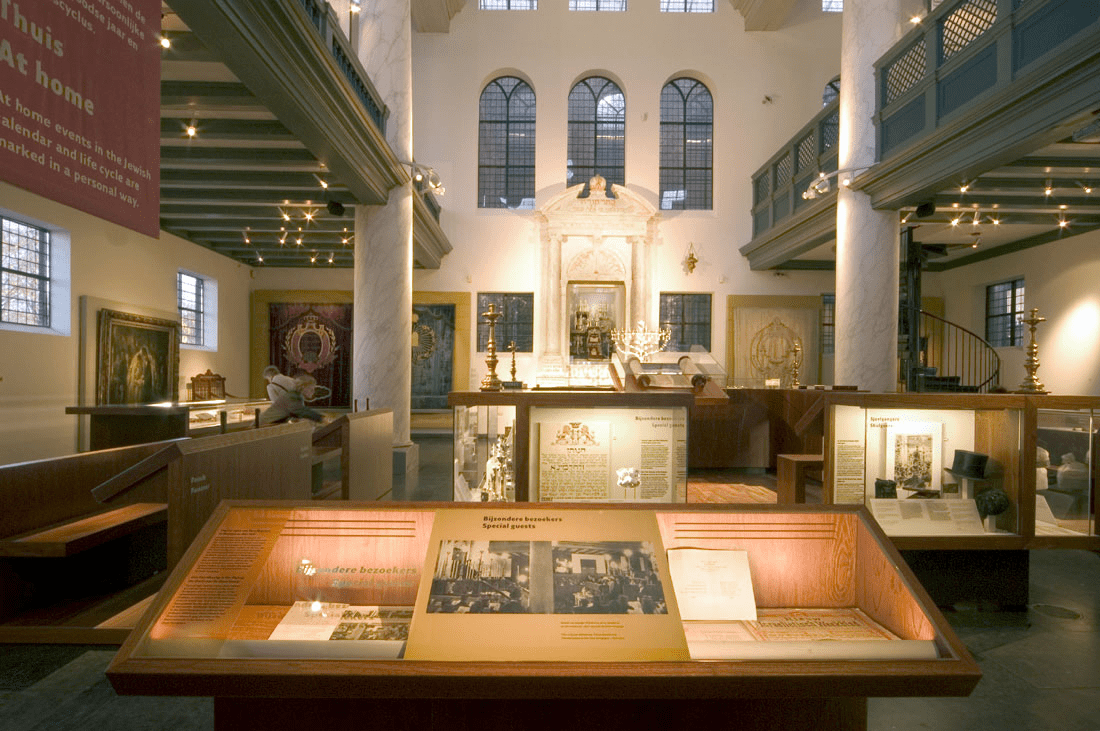 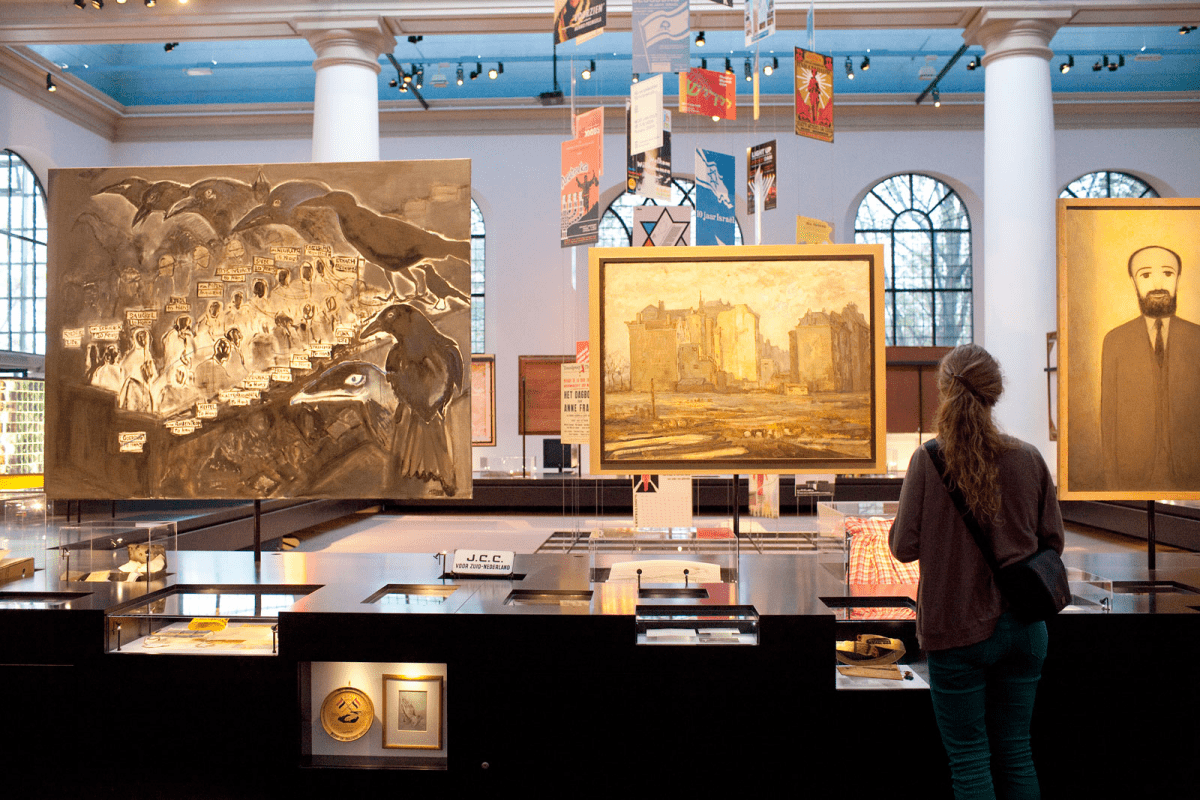 The Great Synagogue was inaugurated 350 years ago

Thursday, March 25, is the day that 350 years ago the Large Synagogue, now part of the museum building of the Jewish Historical Museum on Nieuwe Amstelstraat, was inaugurated. A striking building in the Plantage, with an intense history.

From 1635, High German Jews held house meetings in the old Jewish quarter of Vlooijenburg, now Waterlooplein. But due to the large influx of Jewish emigrants from Eastern Europe, fleeing wars and pogroms, the congregation grew so quickly that in 1670 a plot was purchased to build its own synagogue.

Now it is one of the four synagogues in which the Jewish Historical Museum is located. Two permanent exhibitions are now on display in the Great Synagogue. On the ground floor about religious culture and on the gallery the history of Jews in the Netherlands up to 1900. In addition to the Great Synagogue, the museum building also includes the New Synagogue, the Obbene Sjoel and the Dritt Sjoel. The buildings are interconnected in such a way that they form a whole, but can still be distinguished from each other.

Read more about the history of this complex on the website of the Jewish Cultural Quarter. The Jewish Historical Museum is currently closed due to the lockdown.