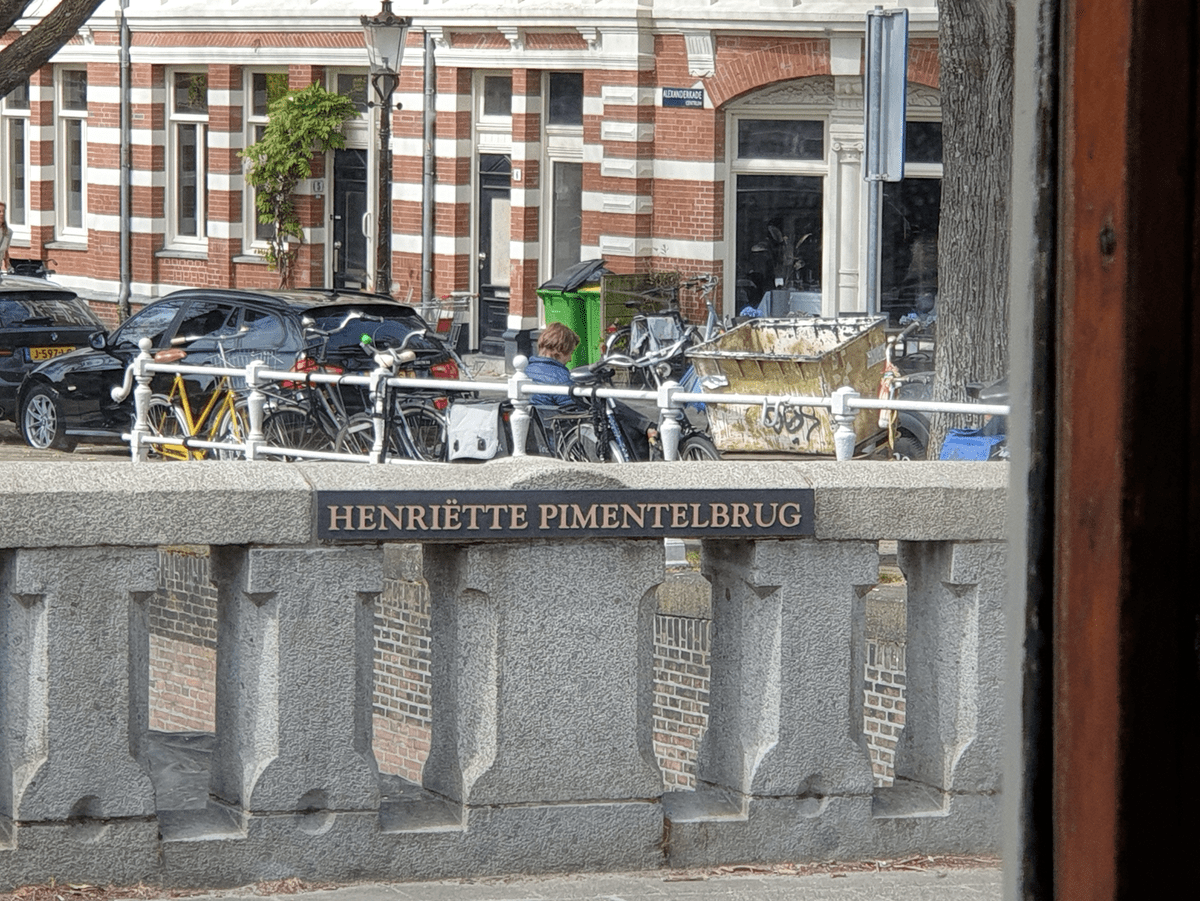 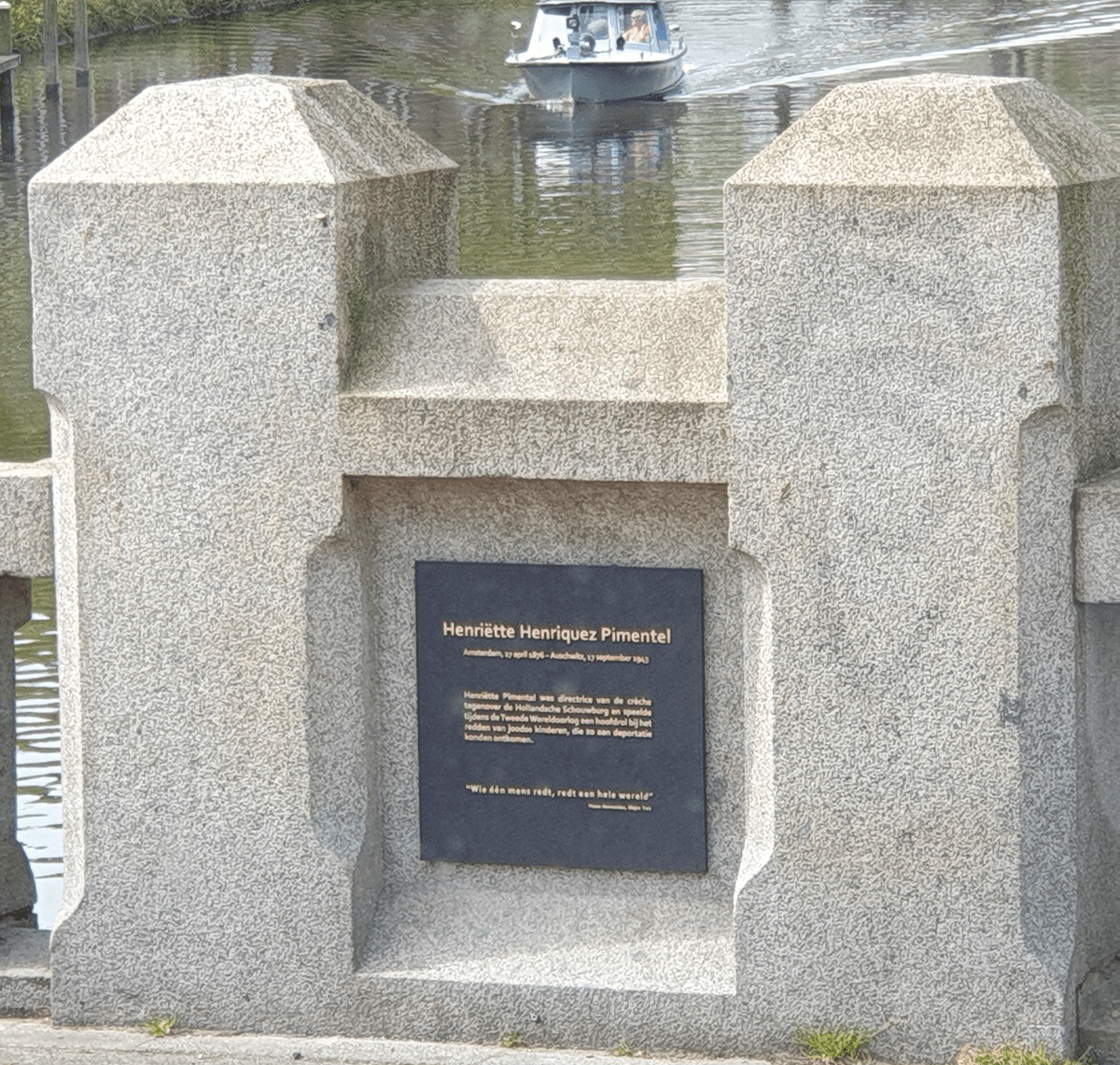 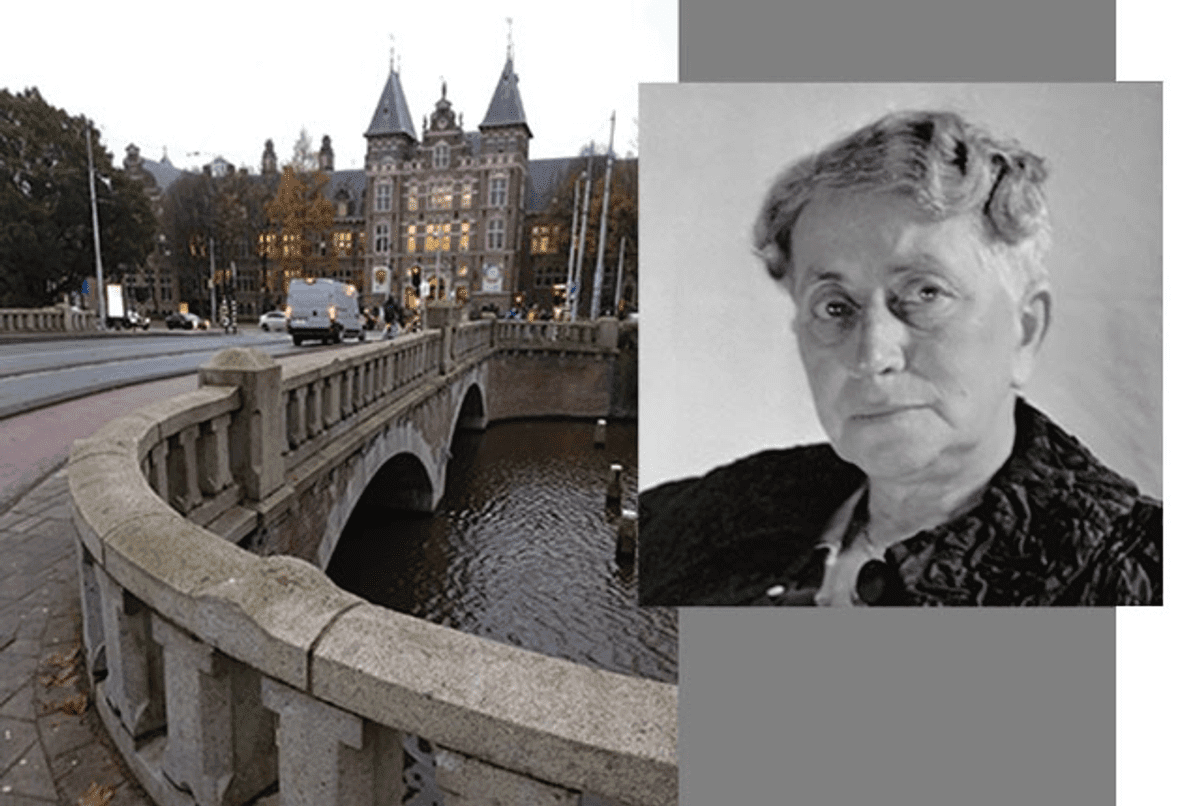 Published on Monday, May 16News

People make the neighborhood. Known and unknown names can be found on the streets, on facades and sidewalks, on bridges and in parks. Since April 19, the bridge at the Tropenmuseum has also been given a name that should not be forgotten: that of resistance  fighter Henriëtte Pimentel.

Henriëtte Henriquez Pimentel was a Jewish teacher, nurse and resistance fighter. In 1942 she was director of the childcare center opposite the Hollandsche Schouwburg on Plantage Middenlaan.

From 1942 onwards, Jews from Amsterdam and the surrounding area had to report to the Hollandsche Schouwburg for deportation to Westerbork. Via her crèche across the street, Pimentel saved about 600 children from deportation, along with other resistance fighters such as the director of the Hollandsche Schouwburg Walter Süskind. A bridge in the Plantage neighborhood is also named after him.

Two bridges in De Plantage with the names of those who themselves were the bridge to freedom for 600 children. So that we don’t forget.

This year, some signs on Mr Visserplein will be provided with new content. Among other things, a more extensive story about Henriëtte Pimentel will be found there.