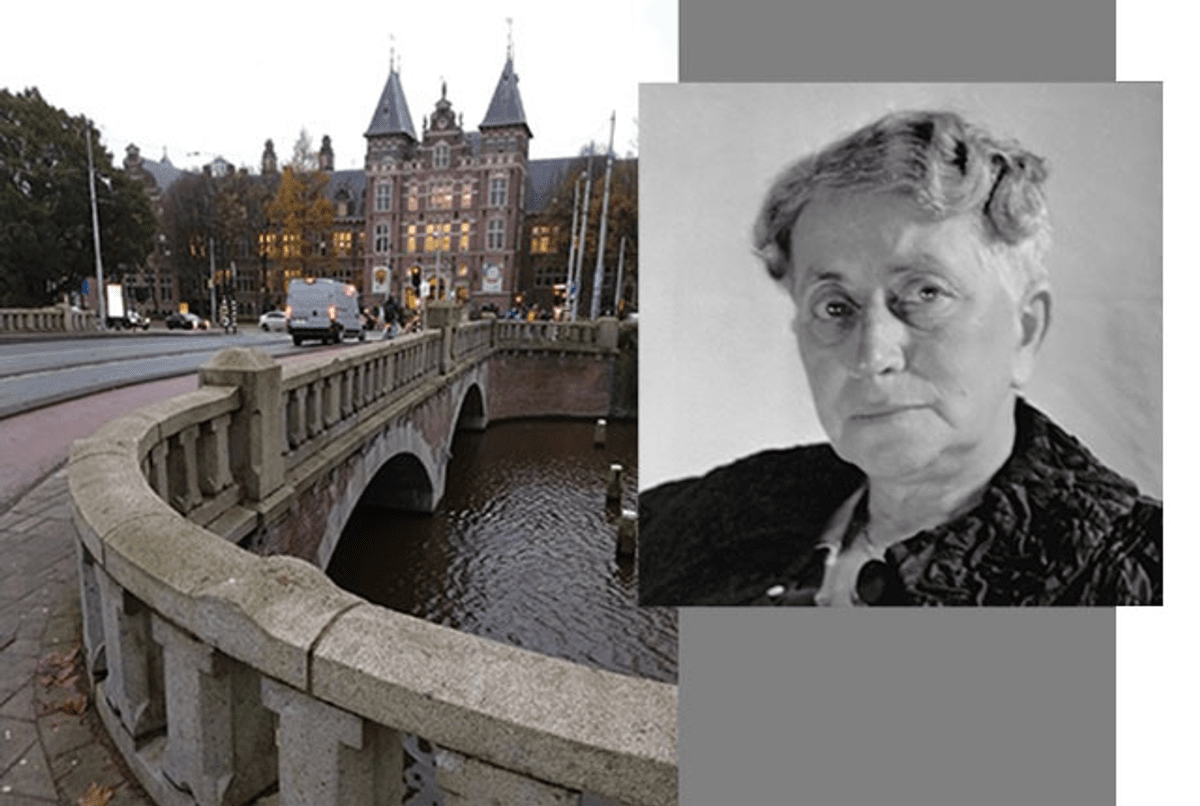 The bridge between the Tropenmuseum and the Plantage neighbourhood will bear the name of resistance woman Henriëtte Pimentel. During the Second World War, Pimentel was director of the crèche opposite the Hollandsche Schouwburg and helped save hundreds of Jewish children.

In 2016, Nieuw-West already had a bicycle bridge named after the resistance woman. With the approval of the city districts involved, the name will be moved to the Plantage neighbourhood. The future Henriëtte Pimentelbrug, which is still called bridge 225, is much closer to the crèche and the Hollandsche Schouwburg. Other bridges in the Plantage neighbourhood have already been named after (male) resistance fighters.

During World War II, the Nazis deported Jews from the Hollandse Schouwburg (then Jewish Theatre). Jewish children were housed in the crèche across the street. At least six hundred children fled with the help of Pimentel, theater director Walter Süskind and resistance fighters Piet Meerburg, Felix Halverstad and Johan van Hulst. By smuggling them to non-Jewish families in the Netherlands, the children were saved from death. In 1943 Pimentel was murdered in Auschwitz.

The date of the official unveiling of the bridge’s name is not yet known. Former crèche children and relatives of Henriëtte Pimentel will be invited. Naming the bridge after Pimentel is an initiative of Esther Shaya and Henk Dijkman, authors of the books ‘Wacht maar’ and ‘1943’, which deal with the life of Pimentel.