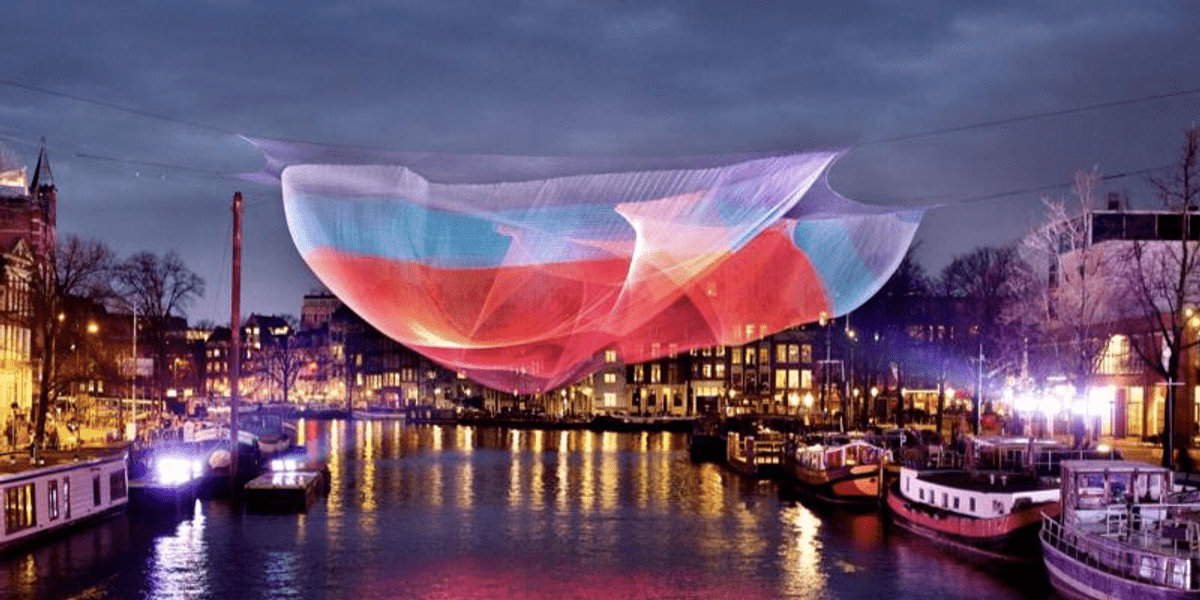 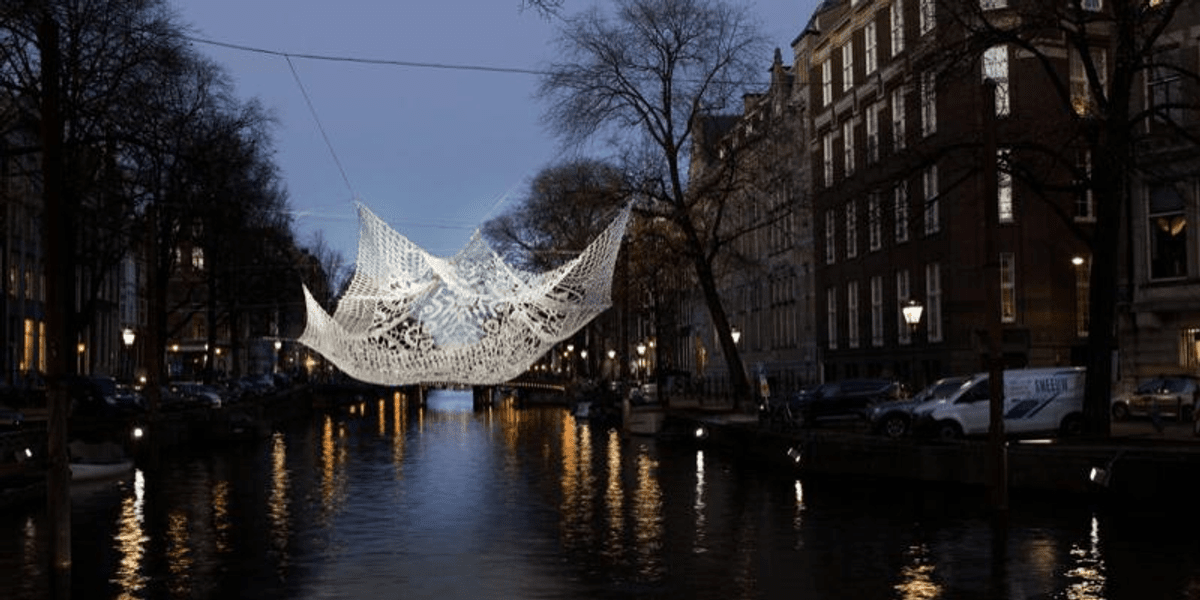 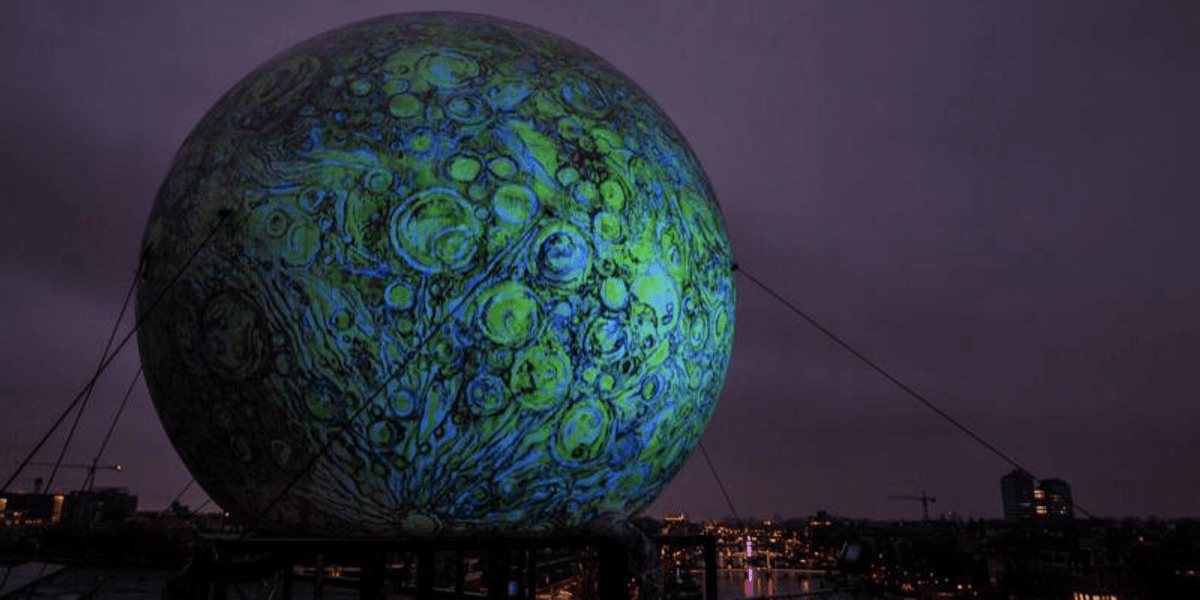 A corner of the veil has been lifted as to what can be seen in the Plantage during the tenth edition of Amsterdam Light Festival this winter. Six artworks have been selected by the public from highlights of the past nine editions. Spectacular works will be on dispay, such as the ghost ship ‘De Vliegende Hollander’ and the enormous moon Moonburn that will tower above the rooftops. But moving light art such as butterflies on the canals and fluff from the dandelion can also be seen again.