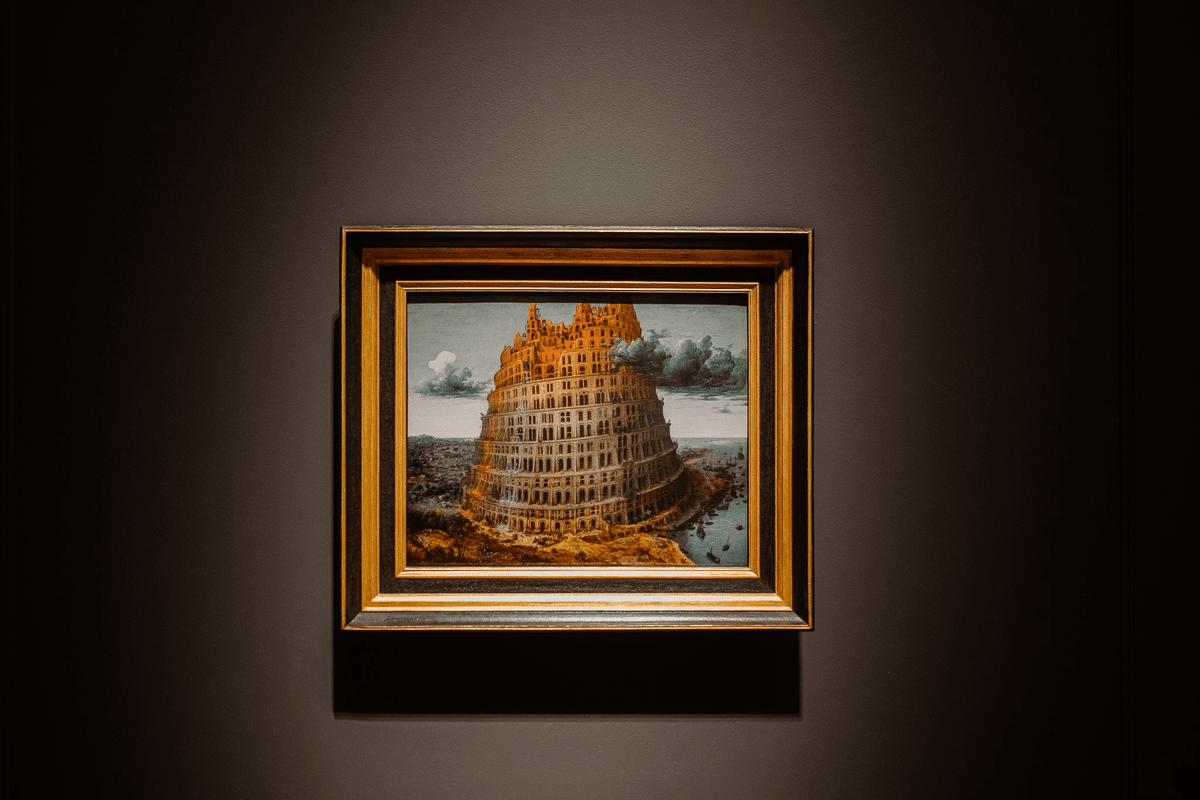 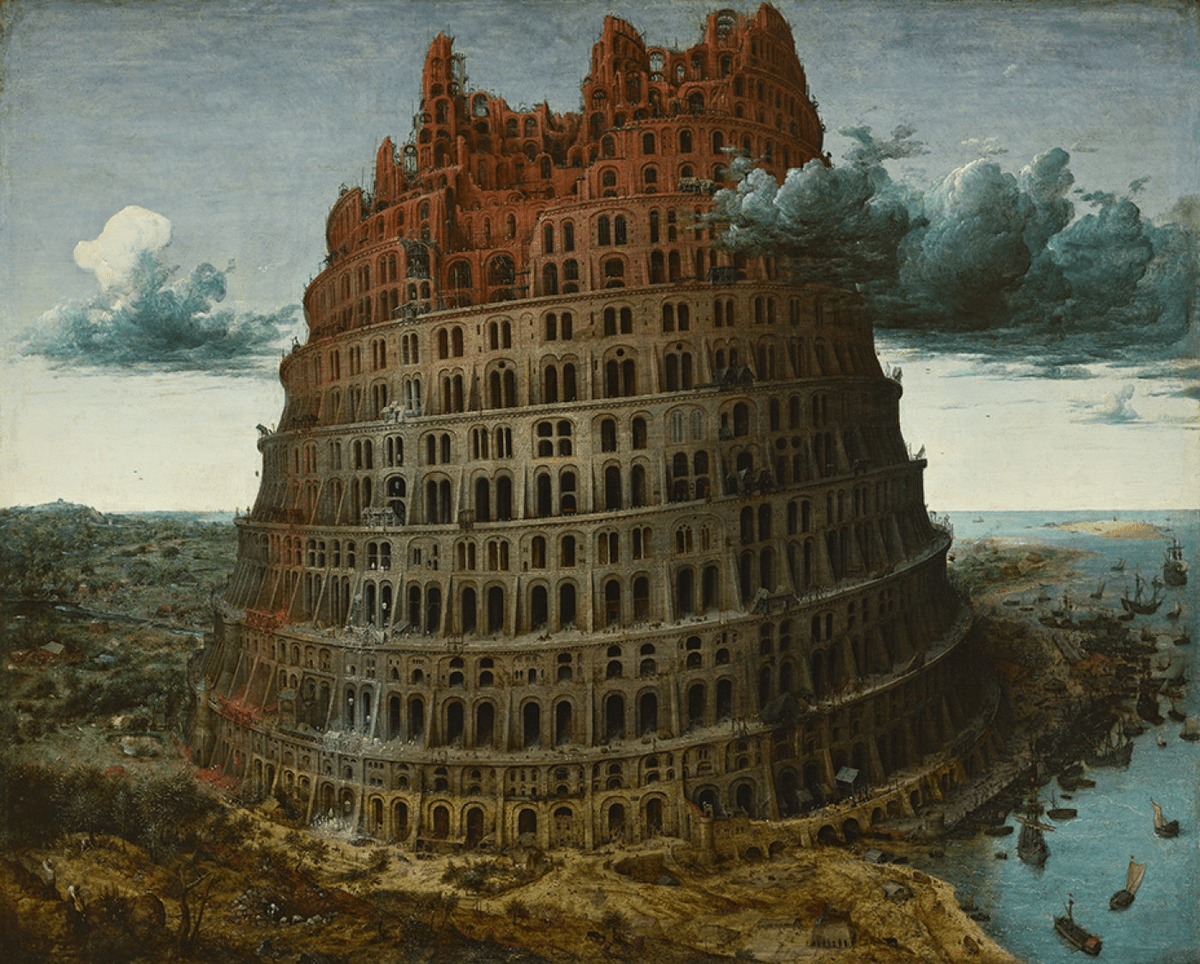 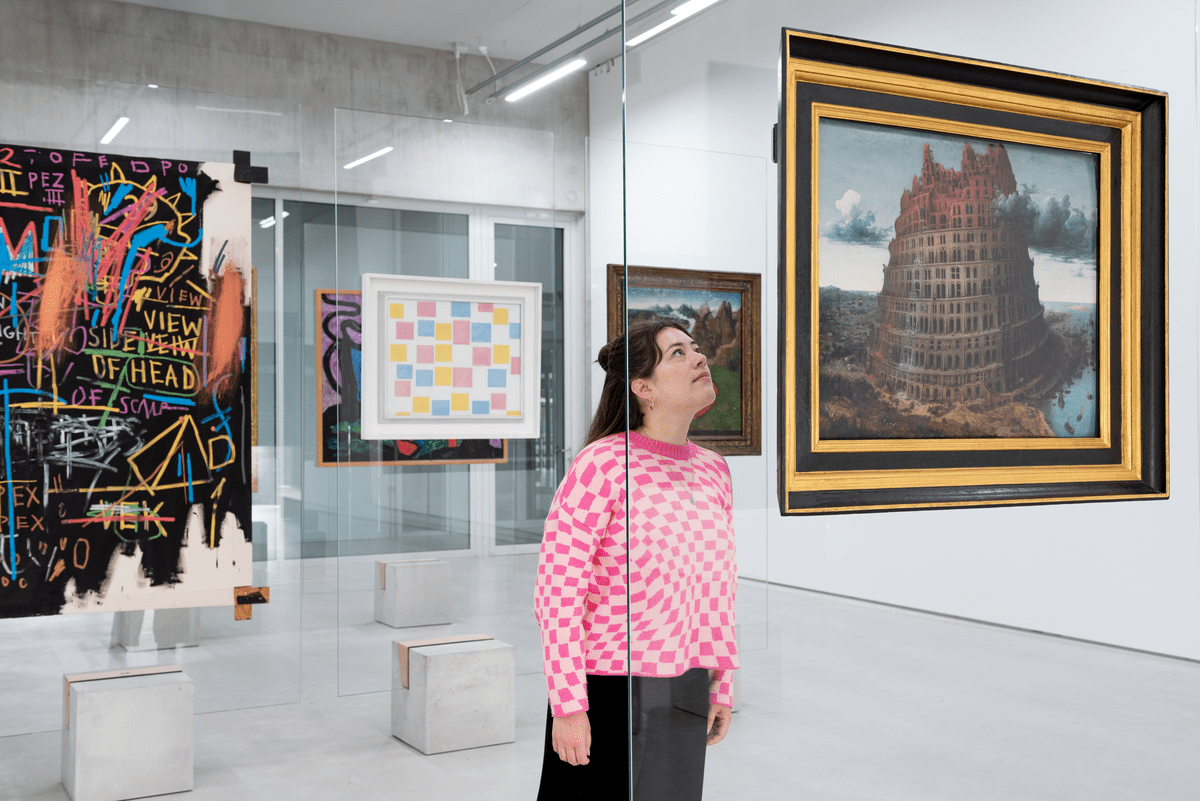 Tower of Babel in Hermitage Amsterdam

The last edition of the series of exhibitions Dutch Heritage Amsterdam can be seen until the end of August, with the painting with the world-famous Tower of Babel (1568) by Pieter Bruegel I (1525 – 1569) in the spotlight. A special loan; the masterpiece of Museum Boijmans Van Beuningen is rarely lent out. Bruegel’s highly detailed work has a rich history and its symbolism still appeals to the imagination after more than four centuries.

The painting depicts the Biblical story of the building of The Tower of Babel by the Babylonians. The tower had to reach to the heavens, but that pride was punished by God. The previously united people in Babylon no longer spoke the same language through God’s hand. From that moment on they lived in ‘Babylonian confusion’ with each other, which disrupted the construction of the tower.

The exhibition
Visitors enter directly into the world of the old tower upon entering. They are led to the masterpiece along “bricks and limescales” and the biblical story and life of Bruegel are told. Then various sub-stories surrounding the painting are discussed, such as the artist’s inspiration. Bruegel was inspired by the Colosseum in Rome, but instead placed the age-old story of the tower in its own time and environment: the Netherlands in the sixteenth century. Bruegel’s oeuvre and family are also highlighted and his special oil painting technique is zoomed in on. A film about the history of the work is shown in the mini-cinema. Finally, the tower is placed in a broader perspective of time, from León Ferrari to Lady Gaga.

Especially for children – and for all visitors who like to build – there is the possibility to build a miniature tower of Babel. In the last room of the exhibition, everyone can add a wooden block (distributed at the cash register) to the tower under construction.