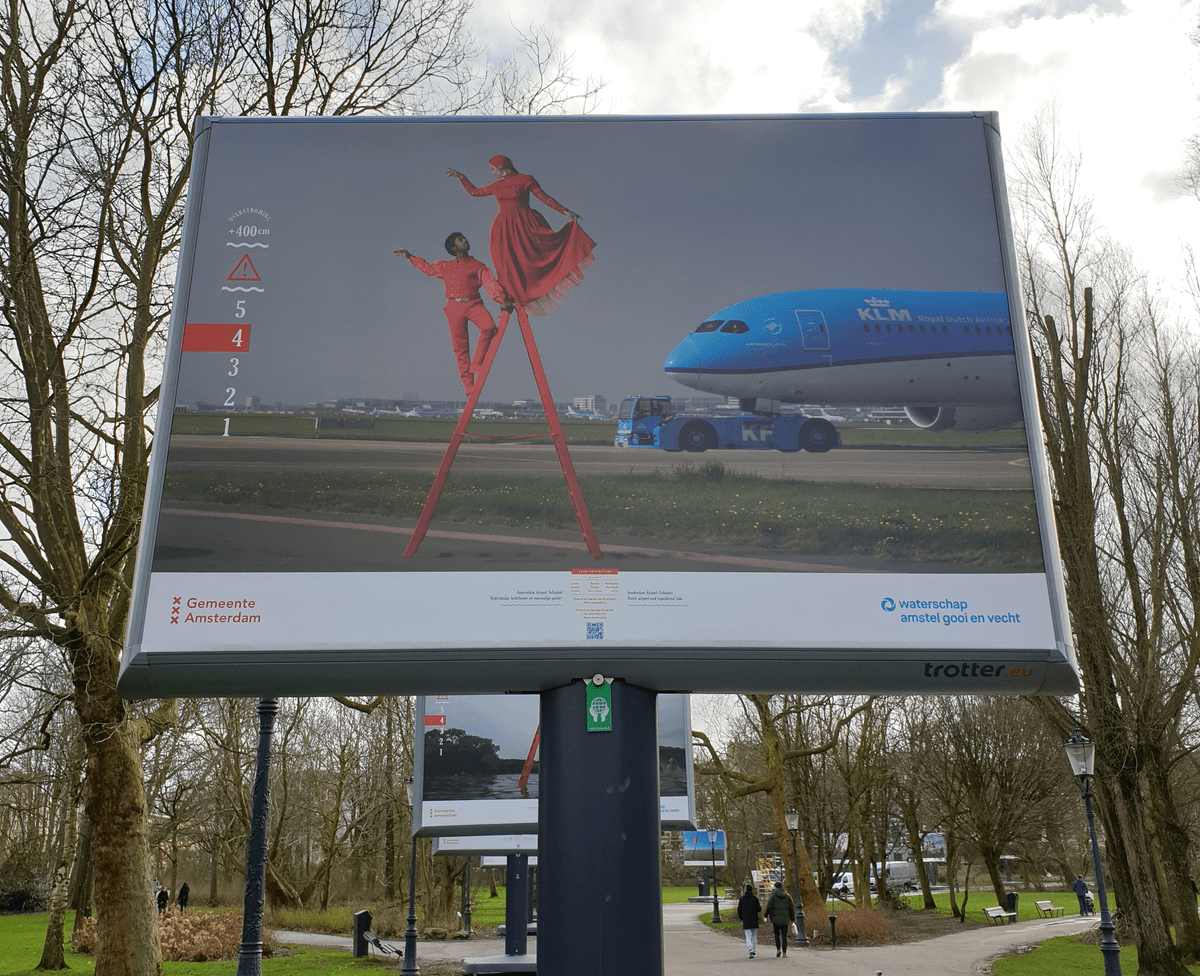 That’s how high the water comes, in the neighborhood….

The #herecomestheflood exhibition shows with 28 man-sized, high-profile photos in the Oosterpark how high the water rises when the dikes break. And that is high, also in Amsterdam. After the Oosterpark, the exhibition will travel throughout the city.

The maker wants to make visitors aware of the serious consequences of climate change and sea level rise. Artist Rem van den Bosch photographed places all over the country for #herecomestheflood. Vulnerable places, or places that actually influence climate change and sea level rise. In Amsterdam he photographed the lower Watergraafsmeer and the Vondelpark.

On display for half a year
The photos are on large billboards and can be seen in the city for six months. First 2 months in the Oosterpark, then in Nieuw-West and then in Zuidoost. A teaching program about the exhibition involves pupils from primary schools in this problem.

Sea level rising
The models gracefully show the height of the water with their hands during a flood. Rem van den Bosch explains: “Without dikes, dunes and pumping stations, parts of the Netherlands would often and sometimes always be under water. Not everyone realizes that. With sea levels rising and climate change causing more extreme weather, living in low-lying areas is becoming a challenge. I want to stimulate the conversation about this with my photos.”

Visit herecomestheflood.nl for more information about the exhibition or watch the video here.

How do we keep Amsterdam safe?
The municipality, the Water Board and other partners are already preparing Amsterdam in advance for more heat, drought, flooding due to heavy rainfall, sea level rise and the risk of flooding.

Do you want to know more?

Until March in Oosterpark. More about this on the website of the municipality.
Photo: Rem van den Bosch