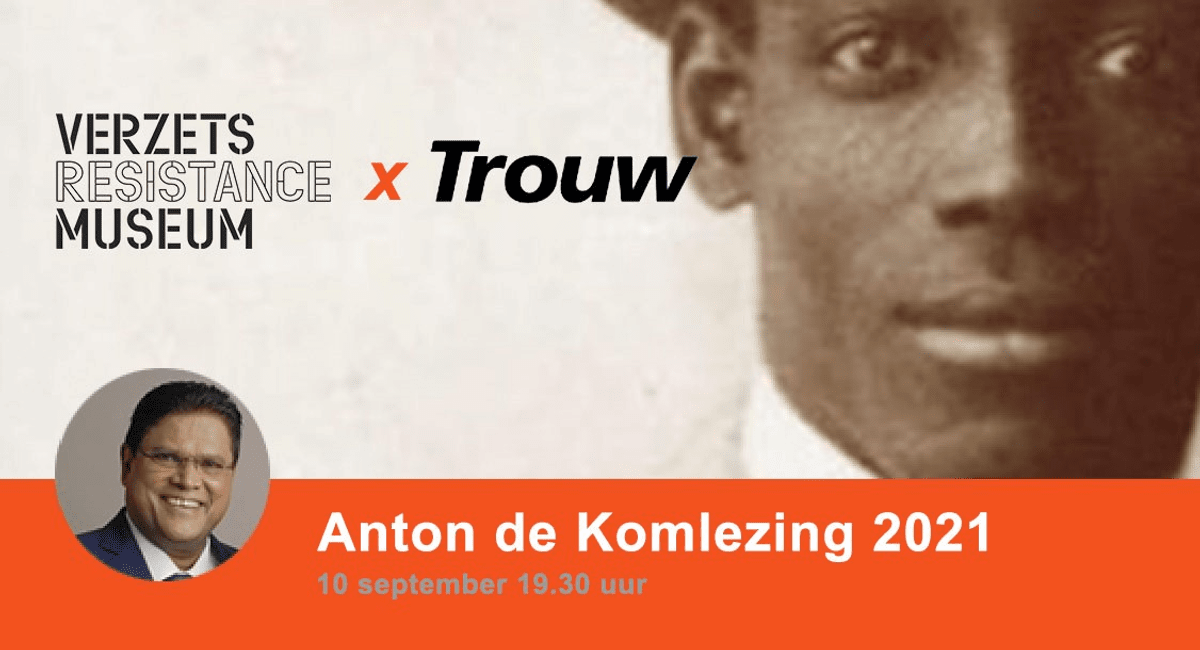 On Friday, September 10, Surinamese president Chan Santokhi will give the annual Anton de Kom lecture in the Resistance Museum Amsterdam. Santokhi will speak about the way in which very different population groups can live together, and the example that Suriname can set for the Netherlands in this regard.

The Anton de Kom lecture is an initiative of the Resistance Museum and the daily newspaper Trouw. It draws attention to the fight against intolerance and discrimination, and to the history of minority groups and their position in Dutch society. Anton de Kom fought against colonial oppression in Suriname and was a resistance fighter in the Netherlands during the Second World War. He died in a concentration camp in 1945.

Chan Santokhi (Lelydorp Suriname, 1959) grew up in the Surinamese countryside and studied with a Surinamese scholarship at the Dutch Police Academy in Apeldoorn. He worked in Suriname as a police inspector and commissioner. In 2005 he became Minister of Justice and Police on behalf of the Progressive Reform Party (VHP). Due to its strict action, especially against the drug trade, Suriname became the safest country in South America. On July 16, 2020, Santokhi was sworn in as President of the Republic of Suriname.