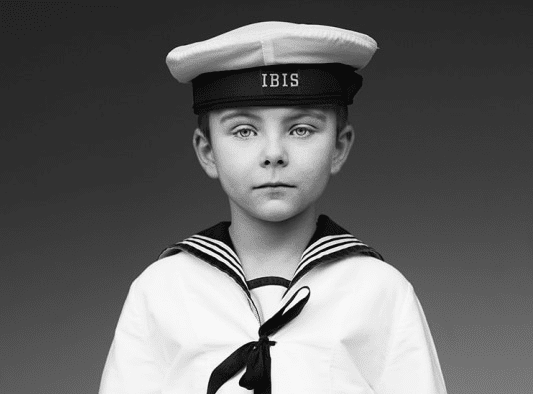 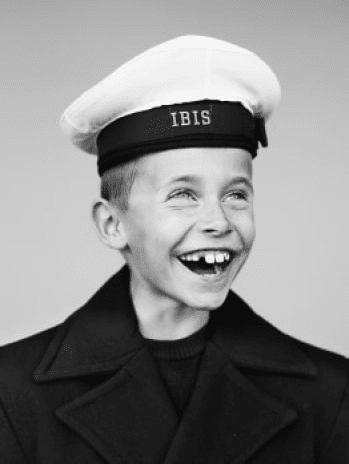 As of Friday, the exhibition Angels of the Sea by photographer Stephan Vanfleteren can be seen in The Maritime Museum. Vanfleteren (Belgium, 1969) is one of the most famous and acclaimed photographers of the Low Countries. Angels van de Zee consists of a series of poignant portraits of boys between the ages of six and sixteen from the maritime training institute Royal Work IBIS in Bredene, Belgium.

Stephan Vanfleteren portrayed children from complex family situations in their traditional sailor suit: the “angels of the sea”. They find a safe haven at boarding school IBIS. The training offers them accommodation, care and, above all, a future. For the first time the entire portrait series will be shown together with historical photo and film material from IBIS in the Netherlands. ‘If you look into those eyes, you look into a sea of ​​future. And the coast is clear. ‘ Stephan Vanfleteren on Angels of the Sea.

Royal Work IBIS: a floating course
Royal Work IBIS was founded in 1906 to provide a safe home base for orphans of fishing families. The school functioned as a shelter for the fishing industry and ensured that the shortage of well-trained fishermen was reduced. IBIS settled on a former gunship 43 meters long. This floating school had room for eighty children. At the age of twelve, the students left the ship to work on school fishing vessels, where they completed their training as a sailor or fisherman.

Since its foundation, IBIS has offered shelter to no fewer than two thousand boys, now in a building on shore. The current students – often children with a difficult home situation – consist of both boys and girls and stay until they are 16 years old. It offers them the opportunity to find a place in society after completing the training. There is still structure and discipline.