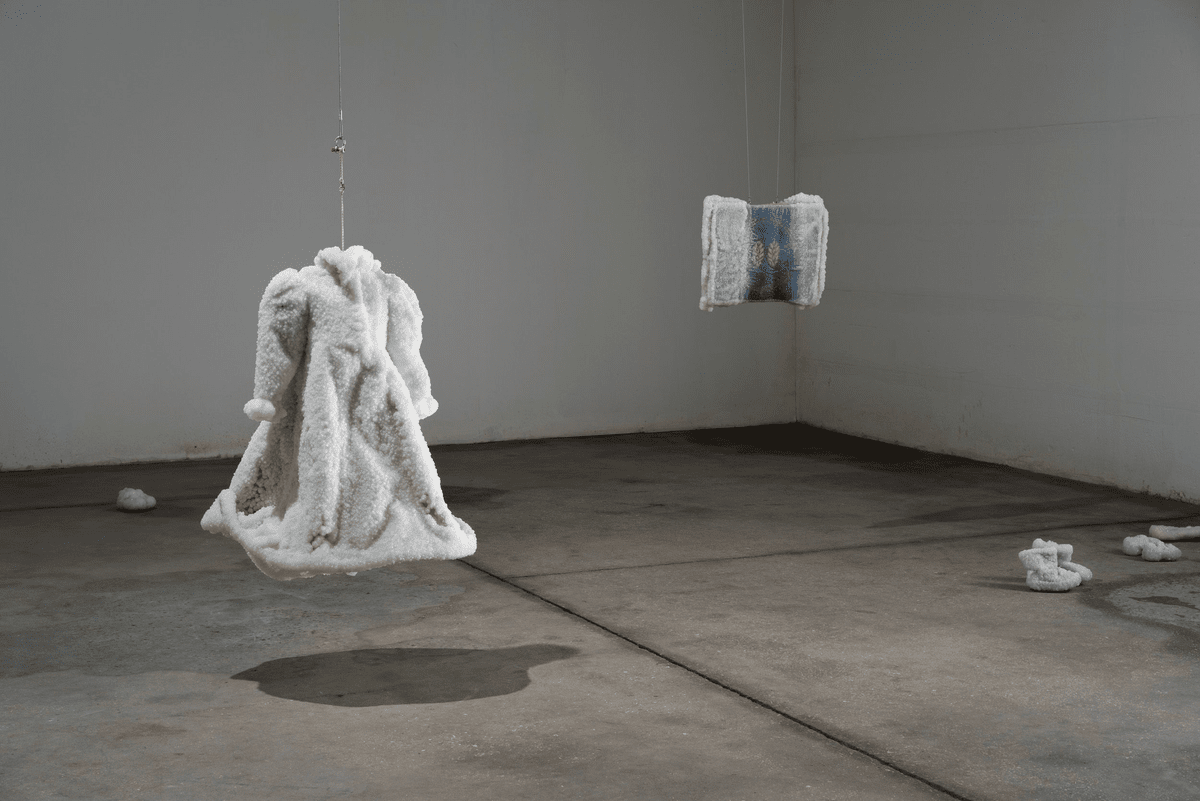 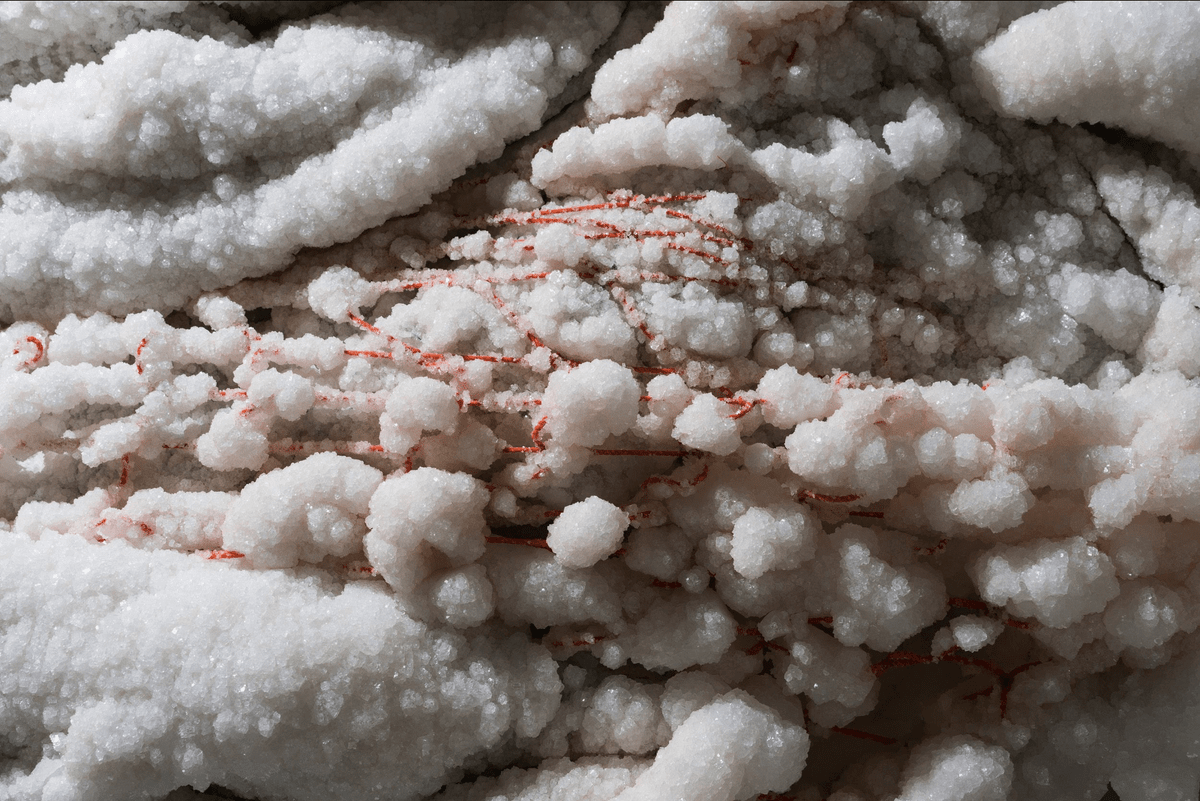 The Dead Sea in Israel is so salty you can float in it. The well-known Israeli artist Sigalit Landau (Jerusalem, 1969) often works in and around this lake. Her spectacular salt sculptures in particular are known worldwide and can now be seen for the first time in a retrospective exhibition in the Netherlands. In the Jewish Museum you can also view a number of Landau’s video installations.

Crystals
The exhibition consists of works of art that have a direct relationship with the Dead Sea. By submerging objects in the extremely salty waters of the Dead Sea, sometimes for months, salt crystals grow on them. An ordinary shoe, a bunch of barbed wire, a fishing net or a dress are fished out of the lake in a new guise.

Loaded
Life in the Dead Sea is impossible due to the high salinity, but the story goes that the water has healing, magical and transformative powers. It is a loaded place in several ways. Politically, due to its location in the border area between Jordan and Israel. The site is also environmentally fraught due to the rapid rate at which the water evaporates and the lake shrinks.

Watch the video about the artist’s work here.