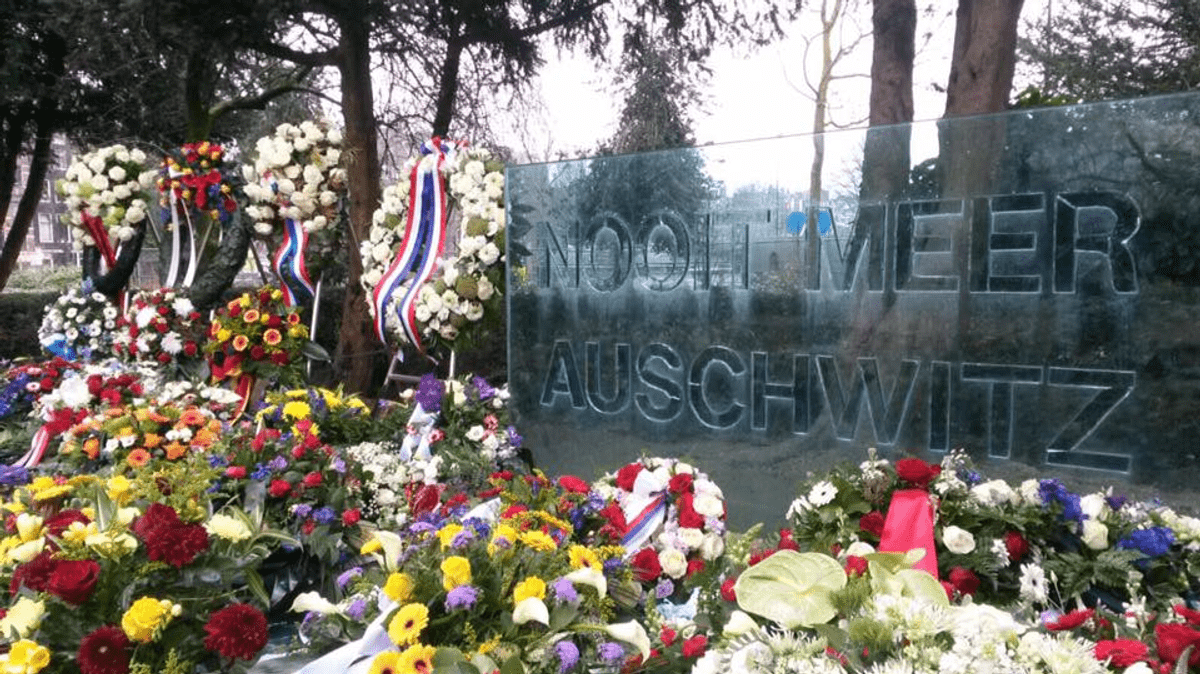 On Sunday, January 29, 2023, the Dutch Auschwitz Committee will organize the annual National Holocaust Commemoration at the Spiegelmonument ‘Never Again Auschwitz’ in the Wertheimpark in Amsterdam. It will then be 78 years since the Netherlands was liberated and it will also be 78 years since the Auschwitz concentration and extermination camp, the international symbol of the Holocaust, was liberated.

Live television broadcast
The silent march and the National Holocaust Commemoration 2023 will be broadcast by NOS from 11:00 am.

After the official wreath laying, everyone has the opportunity to lay a wreath or flowers on the monument during the parade.