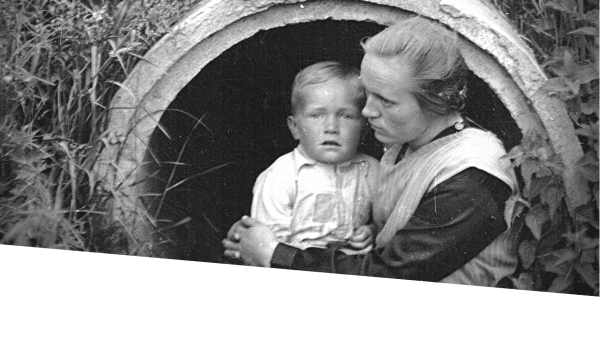 Photos from family albums and attic boxes in Resistance Museum

This week the exhibition ‘The Second World War in a Hundred Photos;  opened in the Resistance Museum Amsterdam. The exhibition was created to reflect on “75 years of freedom” and was put together for and by the Dutch public at the request of Platform WW2, under the direction of the NIOD.

People from all over the world have turned up photos from family albums and attic boxes. Archives were also plowed through. A jury of public and experts, led by jury head and President of the House of Representatives Khadija Arib, viewed hundreds of submissions from private individuals and museums. They chose the hundred most appealing photos. In addition to a number of iconic photos, the campaign produced many previously unknown images. Such as the photo of the little boy who looks anxiously into the camera and seeks protection with his mother against the violence of war. The child is the now eighty-year-old Hendrik Jan Kooymans from Markelo. The print has not left his photo album for all these years. These and all other hundred photos can be seen in the Resistance Museum Amsterdam until the end of January 2021.