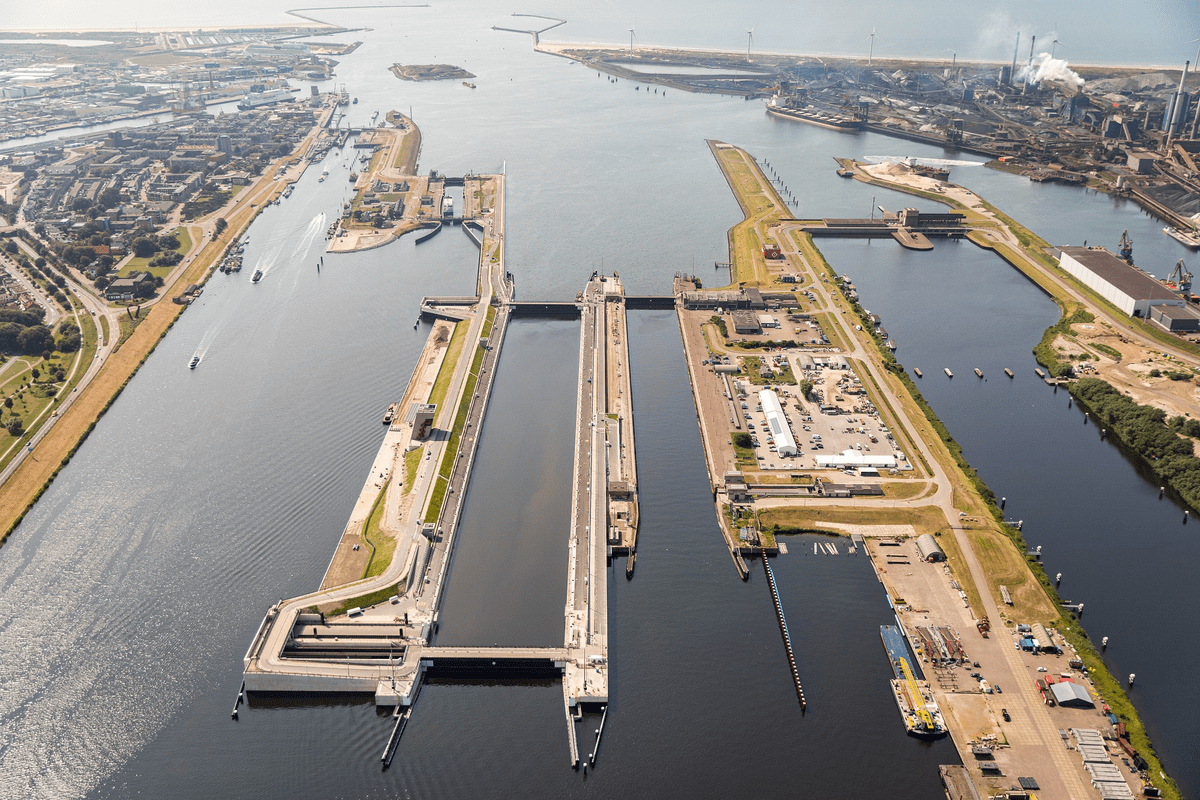 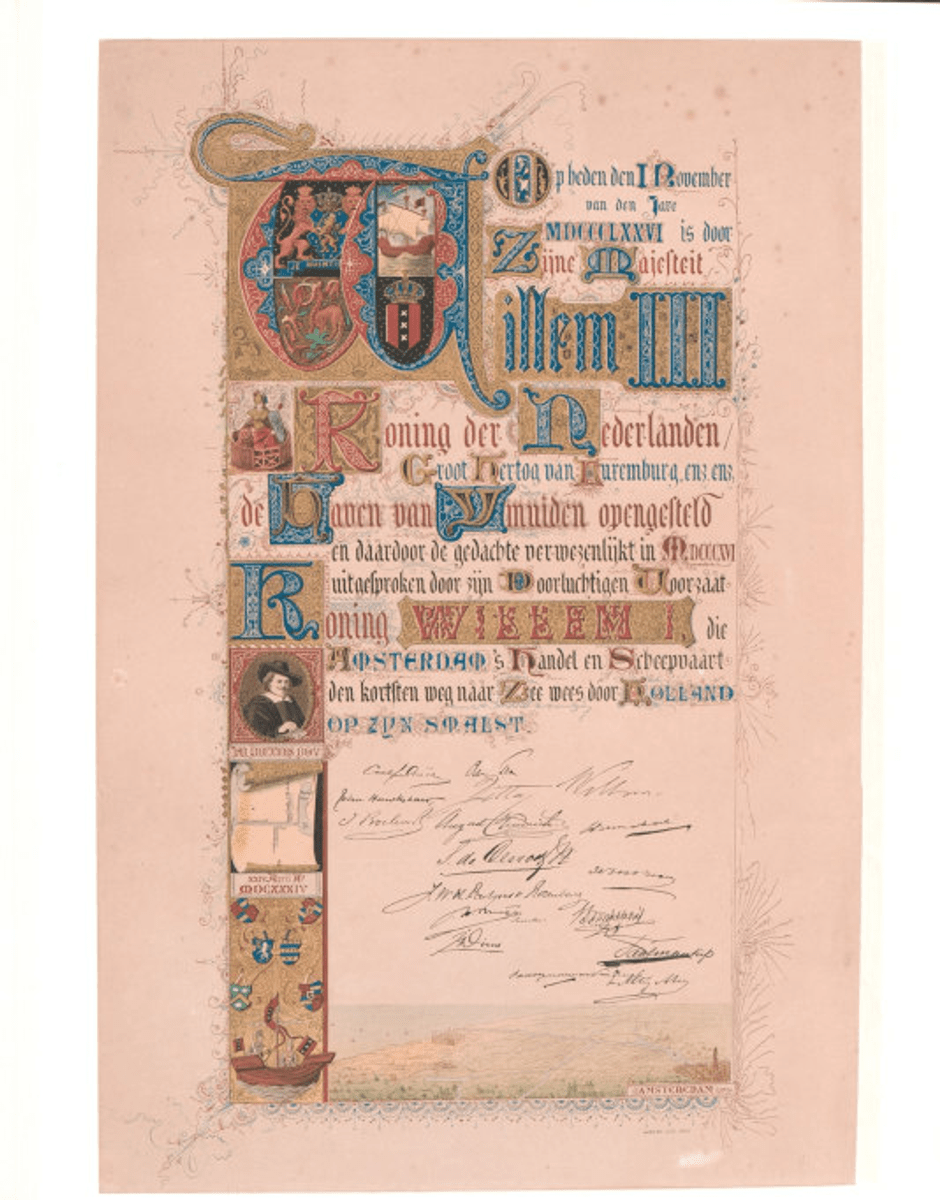 On 26 January 2022, the exhibition ‘North Sea Canal’ opened at the National Maritime Museum, at the same time as the new sea lock at IJmuiden, the largest of its kind in the world, was opened. The exhibition is about the first sea lock from 1876. Historical images can be seen about the construction and festive opening on November 1, 1876, when King William III opened the North Sea Canal.

Sea lock then and now
The accessibility of the Port of Amsterdam has been a concern for centuries. The history of the lock complex at IJmuiden begins in the nineteenth century. Around 1850, the largest freight ships could no longer reach Amsterdam due to the silting up of the shipping route across the IJ and the Zuiderzee. The North Holland Canal had also become too narrow and too shallow. The important seaport of Amsterdam became less interesting for merchant shipping. The solution lay in the construction of a shorter and direct connection to the sea; by canalising the IJ and digging through the dunes at Velsen where a large sea lock was built, the current IJmuiden.

In 1863 work started on the construction of the North Sea Canal and the construction of the sea lock. Several photographers and artists were commissioned to record the work; the exhibition features objects, photos and paintings. The current new sea lock in IJmuiden makes the port of Amsterdam accessible for larger seagoing vessels.