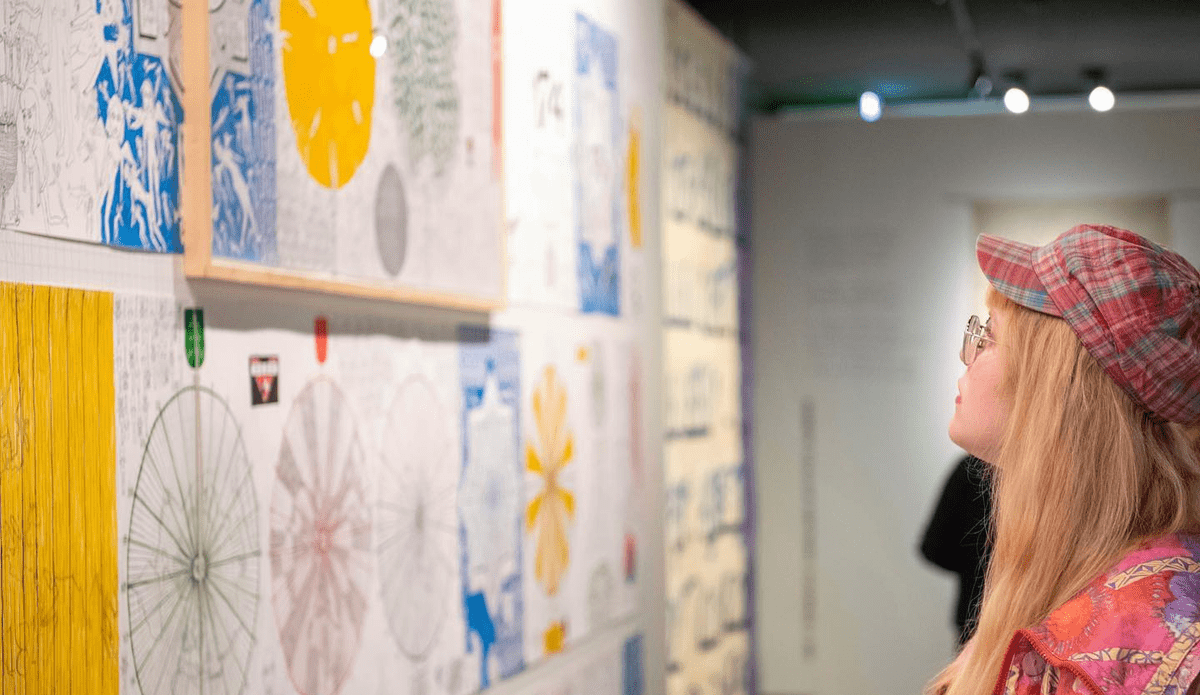 When the world is chaotic and elusive – such as during a pandemic – we as humans try to get a grip on reality by reducing it to a series of manageable lines and numbers. The new exhibition ‘31553580 (obsession) for numbers & schemes’ in Museum of the Mind shows a longing for structure and logic in the chaotic world of every human being.

Museum of the Mind in Amsterdam becomes one big schedule
The exhibition is a structured whole, where you can escape the chaotic world outside. You step into a huge scheme where the works are shown in one large orderly grid pattern. The curators’ handwritten exhibition texts connect the works logically. Many artists (with outsider art as the frontrunner) use the strategy of creating order, devising and categorizing systems. Because even without a pandemic, the world is already so overwhelming for many people that it had to be reduced to order and abstraction.

This resulted in many oeuvres with an unstoppable flow and ever-expanding schedules. Artists from the regular circuit also make the most amazing schemes. The tendency to trap chaos in schedules is common to everyone. From artists to managers with a fear of failure and family fathers with a midlife crisis. With the exhibition ‘31553580 (obsession) for numbers & schemes’ they merge the separate world of ‘insider’ and ‘outsider’ art and that of all people.