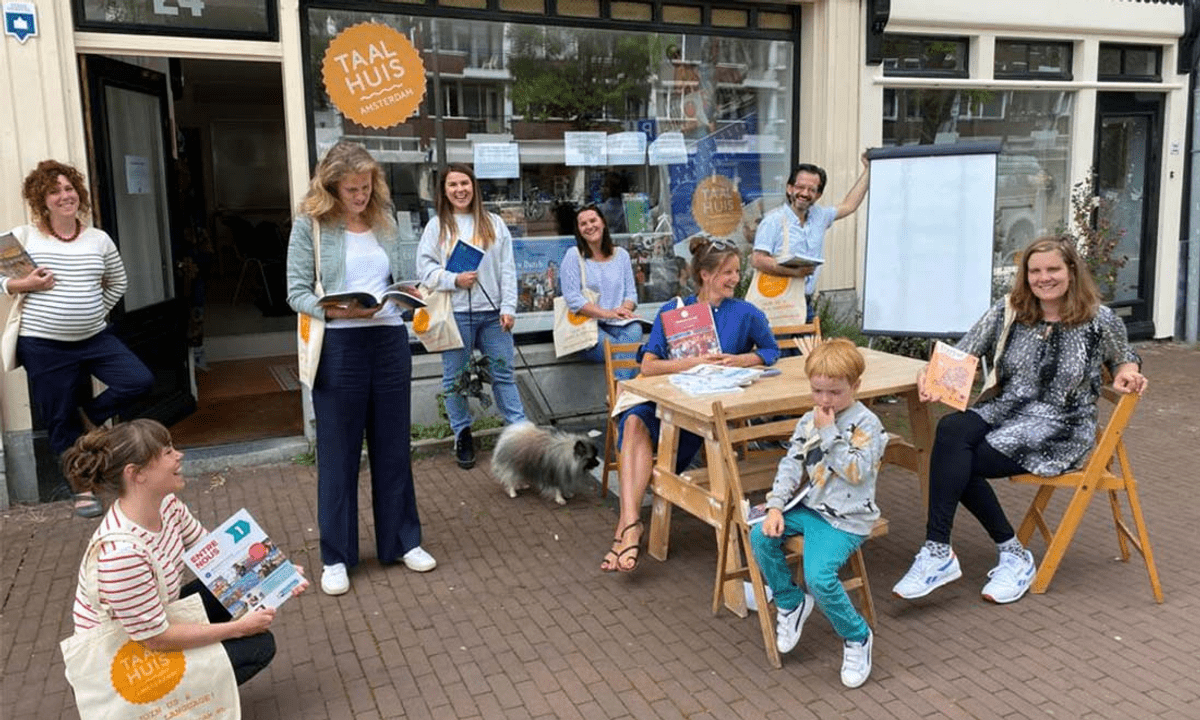 Events in Taalhuis: from the Gothic language to a trip to Hoorn

In May and June there are some very nice events in the Taalhuis.

Practise your Dutch while discovering Noord-Holland! Join us on a tour around the Zuiderzee harbours on Saturday 14 May, about an hour away from Amsterdam, in the northern direction. We will travel by historic steam train from Hoorn to Medemblik. There we will board a steamboat to set sail for Enkhuizen, where we will end the day in the Zuiderzee Museum.
Your guide Gijs is an historian, and during this tour he will tell you everything he knows about this beautiful part Noord-Holland (also known as West-Friesland, to complicate things). The tour will take approximately six hours, and it will start at 10:00 at the Hoorn NS train station. The tour will end around 16:00 at Enkhuizen NS train station.
In order to also follow Gijs’ Dutch explanations your level should be B1 or higher. The entrance to the Zuiderzee Museum costs €15,-, but it’s free if you have a museumkaart. You can register and find more information right here.

Dutch movie afternoon: De Noorderlingen – Alex van Warmerdam
Learning Dutch is one thing, but what about knowing Dutch people? Would you be able to recognize them by their behaviour? Does the Dutchman exist anyway? And what to do when you bump into one? We’ll try and answer these questions on Sunday 22 May, by screening Alex van Warmerdam’s film De Noorderlingen. This black comedy takes place in a housing development in the sixties, and is a satire of bourgeois life. It won a Gouden Kalf and is part of the official Canon of Dutch films. Here you can find more information and register.