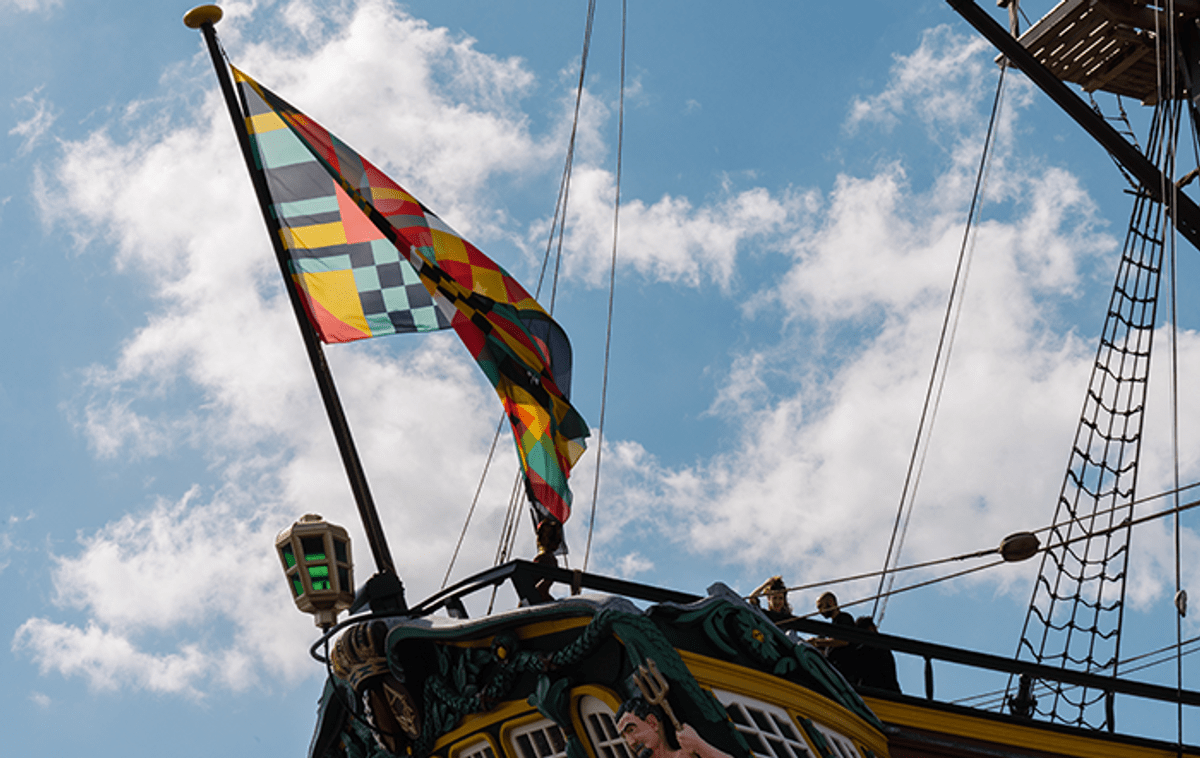 Decoding the Atlantic world #1; installation in the National Maritime Museum

In the run-up to a new permanent presentation about the Atlantic world in 2024;  ‘Decoding the Atlantic World’, by artist collective Sites of Memory

What did the history of “the Atlantic world” contribute to today’s globalized society? The Atlantic Ocean connects the Netherlands with the rest of the world. In 2024, The National Maritime Museum will open a new permanent presentation about this theme. In the run-up to this new presentation, The Maritime Museum invites various artists to give their views on Dutch maritime relations with the Atlantic region. The artists collective of Sites of Memory kicks off with ‘Atlantic Windows #1: Decoding the Atlantic World’ and has redesigned the international signal flags and combined them with video work.

Flags
The signal flags in the installation question maritime history and the role it plays in the present and future; questions about power, language and ownership. The collective tells stories about several countries around the Atlantic Ocean that were colonized by the Netherlands in the past. The history that connects these countries is often viewed through a ‘western’ lens. But that’s not the only way to look at it.

This is the first installation in the Atlantic Windows series and can be seen until January 1, the date on which slavery was abolished in 1860 in the former Dutch East Indies.