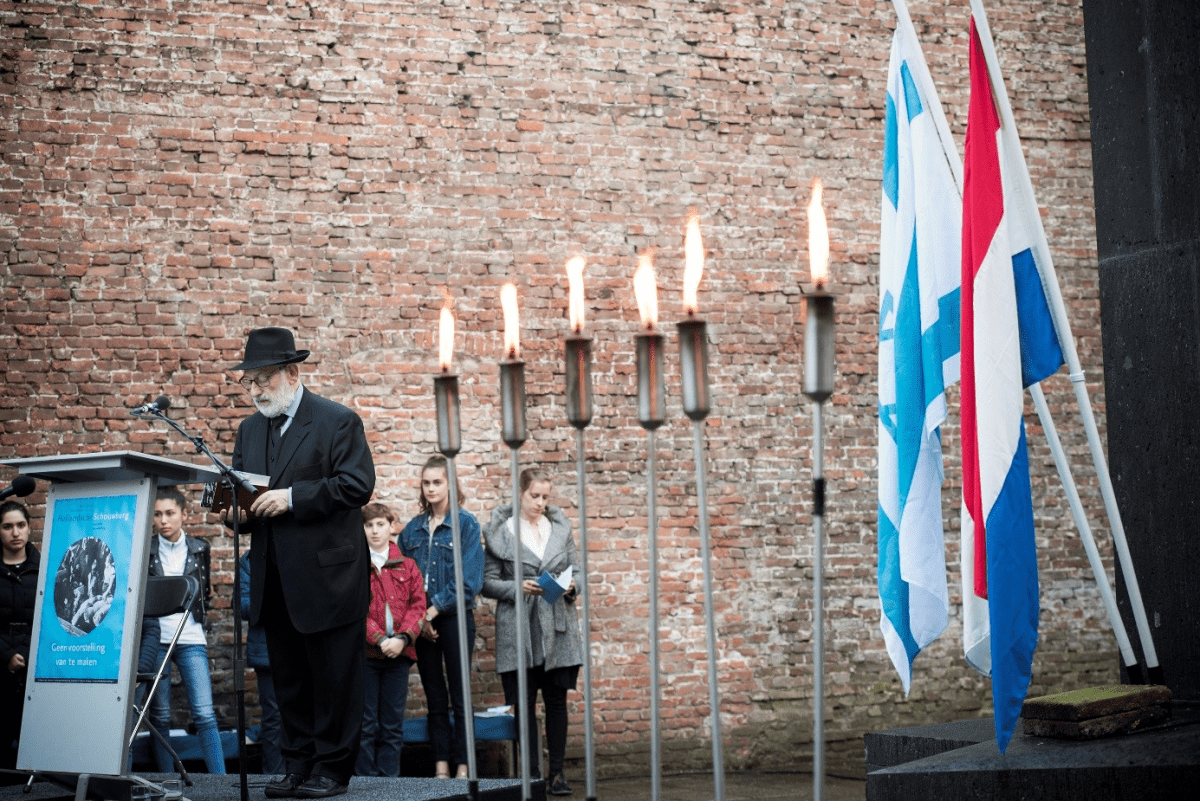 Commemoration; the day of the Shoa

On Yom Hashoah, the day of the Shoa (Hebrew for catastrophe), the Jewish community around the world commemorates the murder of six million European Jews during World War II. Yom Hashoah is held on Nisan 27 in the Hebrew calendar, which is on April 8.

On this day in 1943, the Jews in the Warsaw Ghetto revolted against the Nazis. In the Netherlands, this commemoration, organized by a large number of Jewish organizations, normally takes place in the Hollandsche Schouwburg on the Plantage Middenlaan. This year, the commemoration will take place online because of the corona measures.

The commemoration has a Jewish character, including the saying of the Jizkor (prayer of remembrance), the lighting of commemorative lights and music. During the commemoration the Kaddish is said, a prayer in which, despite everything, people express their confidence in God. The ceremony ends with the Hatikva (Israeli national anthem) and the Wilhelmus (Dutch national anthem).